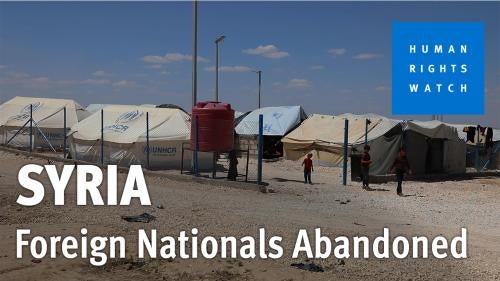 (New York, December 14, 2022) – More than 42,400 foreigners accused of Islamic State (ISIS) links remain abandoned by their countries in camps and prisons in northeast Syria despite increased repatriations of women and children in recent months, Human Rights Watch said today. Kurdish-led authorities are holding the detainees, most of them children, along with 23,200 Syrians in life-threatening conditions.

Recent Turkish air and artillery strikes have compounded the danger. But even before Turkey’s attacks, at least 42 people had been killed during 2022 in al-Hol, the largest camp, some by ISIS loyalists. Hundreds of others were killed in an attempted ISIS prison break in January. Children have drowned in sewage pits, died in tent fires, and been run over by water trucks, and hundreds have died from treatable illnesses, staff, aid workers, and detainees said.