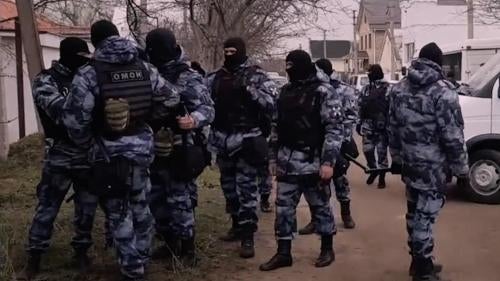 (Berlin, July 12, 2019) – Russian authorities have brought unfounded terrorism charges against 24 Crimean Tatars, 20 of whom were arrested during heavily armed raids on their homes in the spring of this year, Human Rights Watch said today. Security officers tortured four of the men, denied lawyers access to search sites, planted evidence, and later briefly detained two activists who spoke out on behalf of the arrested men.

Crimean Tatars are a Muslim ethnic minority indigenous to the Crimean Peninsula. Many openly oppose Russia’s occupation, which began in 2014.The crackdown in the spring of 2019 is the latest in a pattern of repression to smear peaceful activists as terrorists and to stifle dissent in occupied Crimea. Russian authorities should release the activists and stop misusing the country’s overly broad counterterrorism legislation to stifle freedom of opinion, expression, and religion.