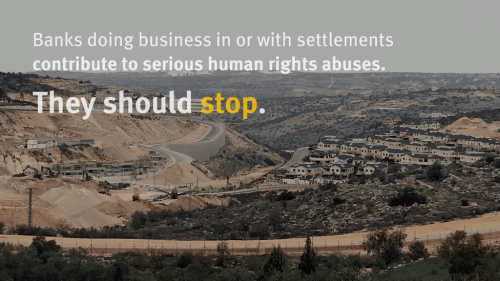 Most of Israel’s largest banks are providing services that help support, maintain, and expand unlawful settlements by financing their construction in the occupied West Bank.