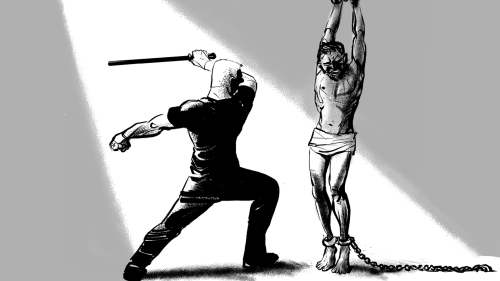 A Tunisian man formerly held in secret United States Central Intelligence Agency custody have described previously unreported methods of torture that shed new light on the earliest days of the CIA program. Lotfi al-Arabi El Gherissi, 52, recounted being severely beaten with batons, threatened with an electric chair, subjected to various forms of water torture, and being chained by his arms to the ceiling of his cell for a long period.

The United States repatriated El Gherissi to Tunisia on June 15, 2015, after 13 years in custody without charges or trial. He was not provided compensation or support for his wrongful detention or the torture he endured, nor was he provided help to cope with the physical and mental harm incurred. Today he is destitute, unable to work, and experiencing the consequences of serious physical and emotional trauma he believes is a direct result of his treatment in US custody.