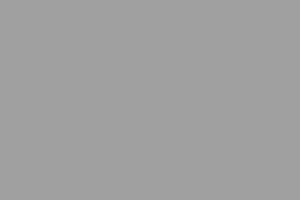 Jessica Amaya, 32, participated in a protest that started on the morning of April 28 in the town of Yumbo, Valle del Cauca state. It was a peaceful event, with performances, Amaya said, and entire families attended. Around 9 p.m., ESMAD agents arrived by truck. Protesters started retreating and ESMAD officers chased them to the center of a traffic circle, Amaya said. An officer grabbed Amaya’s leg as she ran away and threw her to the ground. Beatings were “raining” on her, Amaya said. She covered her head and face with her arms, but after what she remembered as four heavy blows to the head, she passed out. She woke up about two hours later, under a bush, with blood on her clothes and a breast exposed. “I felt defiled, I feel that they have abused me, but I don’t remember what they did to me,” she said. The attack left her with abdominal pain, and she received eight stitches to repair various cuts on her head. She said the authorities told her they could only do a forensic medical examination after she filed a criminal complaint. She went to the prosecutor’s office in Yumbo the day after the incident, but it was closed due to the demonstrations. Human Rights Watch reviewed photos showing Amaya’s bruises and swelling. Amaya was examined in a private clinic on May 14. A group of medical doctors and psychologists who examined her concluded that she appeared to have been a victim of sexual violence, a medical report Human Rights Watch reviewed shows. Amaya reported the incident to prosecutors on May 21.

Marta Alejandra Aguilar (pseudonym), 18, a student, was walking home, with four friends, from a protest in the city of Palmira, Valle del Cauca state, at around 4:30 a.m. on May 3, when a police officer asked to search one of Aguilar’s friends. The officer did not say why, Aguilar said. Her friend refused and other officers took four of them to a police station; the fifth escaped. A female officer took Aguilar to a bathroom, forced her to squat naked, and patted her down. A male officer entered the bathroom while she was still naked and asked the female officer to leave, Aguilar said. The male officer then started groping Aguilar. “He told me they were going to make me disappear, that they were going to take me to the back and rape me until I couldn’t take it anymore … that I was a whore,” she said. The officer led her toward the back of the station, but another officer stopped him and took Aguilar back to where her friends were. The officers handcuffed them all and photographed them with the milk and saline water that they had brought to the protests to relieve the effects of teargas. The officers let them leave after seven hours only after they signed a statement saying that they had not been harassed, mistreated, or beaten during their detention, Aguilar said. The police did not give them a copy. They were never accused of any crime or brought before a prosecutor or a judge.