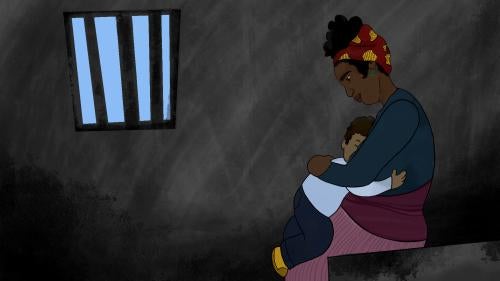 The 128-page report, “‘Why Do They Want to Make Me Suffer Again?’ The Impact of Abortion Prosecutions in Ecuador” documents how these laws are having widespread harmful consequences in Ecuador, costing lives through increased maternal mortality and morbidity, cutting women and girls off from essential services, and undermining broader efforts to promote sexual and reproductive health. Women and girls charged with abortion often experience violations of their rights to medical confidentiality and due process, and face significant obstacles to accessing quality legal representation. The prosecutions affect not only women who wish to end an unwanted pregnancy but also those who experience miscarriages or obstetric emergencies, or urgently require post-abortion care.

The Impact of Abortion Prosecutions in Ecuador

“The criminalization of abortion not only undermines the ability of women and girls to access essential reproductive health services, but it also exacerbates inequalities and discrimination,” said Ximena Casas, women’s rights researcher at Human Rights Watch. “Ecuador should remove all criminal penalties for consensual abortion. At a minimum, it should guarantee effective access to abortion on all legal grounds and stop prosecuting women and girls seeking essential medical care.”

Having a consensual abortion is a crime in Ecuador, punishable by up to two years in prison for women who consent to receive abortions, and from one to three years for health providers who perform an abortion. The only exceptions have been if the pregnant person’s life and health is in danger and in all cases of rape.

On April 28, 2021, the Ecuadorian Constitutional Court issued a ruling decriminalizing abortion in all cases of pregnancy resulting from rape. A previous law allowed such abortions only if the person had an intellectual disability. The court ordered the Ombudsperson’s Office to draft and introduce a bill in the legislature to comply with the judgment within two months and required the National Assembly to debate the bill within six months of its introduction. The court left the door open to further decriminalization, concluding that the National Assembly has an obligation to legislate in ways that fulfill a “right to live with dignity” and cannot avoid its responsibility to protect all constitutional rights.

On June 28, 2021, the Ombudsperson’s Office presented a new law to the National Assembly in compliance with the court’s ruling. The draft law was prepared pursuant to a national dialogue with feminist groups and recognizes the right to have an abortion in all cases of rape in accordance with international human rights standards.

Human Rights Watch reviewed 148 cases involving women or girls, health providers, or companions being charged with seeking or facilitating abortion between 2009 and 2019. Eighty-one percent of the cases were brought against women and girls, a disproportionate number of them in provinces where a large proportion of the population was Indigenous or Afro-descendant. Most were young – 12 percent were girls – and, almost without exception, they were living in poverty.

In one case, a 20-year-old Afro-Ecuadorian woman went to the hospital after she fell down the stairs at work. At the hospital she learned she was pregnant and having a miscarriage. She was arrested and accused of having an abortion and spent four months in pretrial detention with her 3-year-old son. She was found not guilty at trial.

People face many barriers to accessing legal abortion and post-abortion care in Ecuador, Human Rights Watch found. These include criminal prosecution, stigmatization, mistreatment by health professionals, and a narrow interpretation of the exception that permits abortion to protect the person’s health and life.

Defendants who are convicted typically complete a suspended sentence, which frequently comes with requirements for community service or psychotherapy, particularly for women under age 25.

Two women and a girl were charged with homicide after an obstetric emergency. The 15-year-old girl was raped on her way home from school. She was sentenced to five years in prison after she gave birth alone in the bathroom of her home, and the baby died. She spent four years and three months in a juvenile facility.

Women and girls suspected of having abortions also encountered violations of their rights to medical confidentiality and due process, as well as problems getting quality legal representation. Seventy-three percent of the cases reviewed were initiated after a healthcare provider reported a patient to the police, in violation of medical confidentiality. In 99 of the cases reviewed, the police interrogated the women at the hospital without a lawyer present, in violation of national law, while she was experiencing or recovering from a medical emergency, sometimes a life-threatening one.

These interrogations also risked further compromising their health by interrupting their treatment and interfering with their medical care and their relationship with their doctor. Judicial conduct and decisions often reflected gender stereotypes and religious considerations. In several cases women were sentenced to community service in orphanages or therapy intended to make them good mothers.

Part of the stigma and discrimination stems from the violation of the rights to comprehensive, clear, accessible, and updated information on reproductive health and healthcare options. In many of the cases, the woman had taken misoprostol, a drug with various gynecological uses, including to induce abortion, with little information or understanding about what the drug is or how it would affect them.

Many defendants said they had used it as a contraceptive method or to “regulate irregular menstrual periods.” This is not surprising given the lack of comprehensive sexuality education in Ecuador’s schools. Ecuador has historically taken a piecemeal approach to sexuality education, tied to the government’s effort to curb teenage pregnancies.

“Ecuador’s government needs to guarantee access to comprehensive sexual and reproductive health services,” Casas said. “Newly appointed legislators and President Guillermo Lasso have an opportunity to end a cruel policy and join countries around the world that are reforming their laws to facilitate access to abortion, in line with their human rights obligations and the recent Constitutional Court ruling.”