(Johannesburg) – Xenophobic harassment and violence against African and Asian foreigners living in South Africa are routine and sometimes lethal, Human Rights Watch said in a report, video, and Witness article released today. Despite the March 2019 adoption of a government action plan to combat xenophobia, the government has done very little to ensure that attacks by members of the public, the police, and government officials are investigated and that those responsible are held accountable.

The 64-page report, “‘They Have Robbed Me of My Life’: Xenophobic Violence Against Non-Nationals in South Africa,” details xenophobic incidents in the year after the government adopted the National Action Plan to Combat Racism, Racial Discrimination, Xenophobia and Related Intolerance. Human Rights Watch documented killings, serious injuries, forced displacement, discrimination, and barriers to justice and basic services. The problems include indifference, denial and tacit approval of xenophobic actions by government and law enforcement authorities, barriers to legal representation, and difficulty in acquiring and renewing documents to maintain legal status and to access services including education and health care.

“Non-South African nationals have suffered wave after wave of xenophobic violence and live in constant fear of being targeted solely for not being South African,” said Kristi Ueda, Africa division fellow at Human Rights Watch and author of the report. “The South African government should hold those responsible accountable to the fullest extent of the law. Impunity only emboldens others and perpetuates xenophobia.” 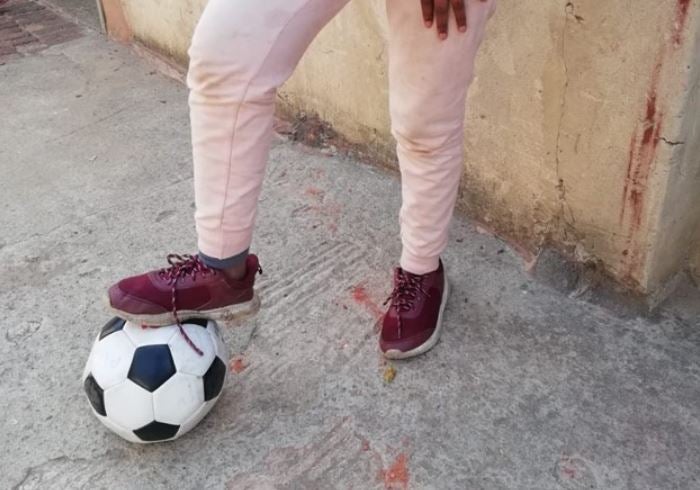 Witness: Being a Scapegoat for South Africa’s Ills

South Africa might be the place of Keshia's birth and the only country where she has ever lived, but she cannot call it home. How xenophobia has robbed Keshia of her sense of belonging.

Foreigners are scapegoated and blamed for economic insecurity, crimes, and government failures to deliver services and have been targets of nationwide protests and shutdowns characterized by mob violence, looting, and torching of their businesses. In early September 2019, mobs wielding weapons and chanting anti-foreigner slogans attacked and forcibly displaced non-nationals, destroying thousands of their business and homes. None of those interviewed has yet to recover financially or achieve justice. Although the government stated that 10 of the 12 killed in the violence were South Africans, Human Rights Watch has found that at least 18 foreigners were killed during the violence.

South African government and law enforcement authorities have repeatedly claimed that these waves of violence were purely criminal and not motivated by xenophobia.

A refugee from Democratic Republic of Congo told Human Rights Watch: “I was selling clothes on the street when nine South Africans carrying sjamboks and sticks came. They were beating people, shouting ‘You foreigners, go home! We don’t need you here! You are taking our jobs and money!’ I started to run away, but I was beaten, and my two bags of clothes were taken.”

Law enforcement officials have operated in discriminatory and abusive ways against non-nationals, Human Rights Watch found. Raids to crack down on counterfeit goods have targeted foreign-run businesses. During the raids, police have shot rubber bullets into crowds of people then ransacked and destroyed foreigners’ shops. In coordination with the Department of Home Affairs, the police have conducted abusive documentation raids in areas known to have many non-nationals.

The police have detained people arrested for allegedly lacking documentation in police station cells and deportation centers, in some cases denying them court hearings or not bringing them before a judge in the required time period. Officials have frequently claimed to have lost or misplaced the arrested people’s documents or other possessions.

All those interviewed expressed frustrations with acquiring and renewing adequate documentation to maintain legal status in South Africa. Holders of the Section 22 asylum seeker permit must renew their permit every 6 months, which requires arriving at the Department of Home Affairs office by 5 a.m. or 6 a.m. to ensure a good spot in line. Some said they have painstakingly renewed this permit twice a year for years even though banks or hospitals often reject the permits and the police harass them anyway.

The National Action Plan provides a framework to address many of the problems non-nationals face, but it seems to have had very little impact on the lives of Asian and African foreigners living in the country, Human Rights Watch found.