While it may seem the coronavirus is reaching Africa more slowly than other regions, Human Rights Watch Africa Director Mausi Segun fears it could soon ravage the continent, in part because of countries’ weak public health and healthcare systems and in part because of the difficulty of isolating people in densely populated urban areas and displacement camps. Segun speaks with Amy Braunschweiger on the response of African governments to the virus – both good and bad – and how a rights-based approach to addressing this public health crisis could help keep Africa’s population safer by helping curb the virus’ spread.

What are your main concerns about the coronavirus moving through Africa?

In many countries where we work there is an extremely weak public health and healthcare infrastructure. The fact that the spread in Africa has been slower than elsewhere is a bit of a comfort and hopefully gives governments time to put infrastructure in place. Unfortunately, we haven’t seen much of that happening. There are inadequate opportunities for testing and treatment, and we know there are likely many more cases than have been reported. Also, the pandemic is happening amid other existing deadly outbreaks, like measles and cholera, which could make the coronavirus more deadly. There’s also limited access to clean water for hygiene and sanitation across sub-Saharan Africa, including in many health facilities.

With wealthier countries struggling to contain the spread of the infection, you get really worried about it moving through Africa at an increased rate. 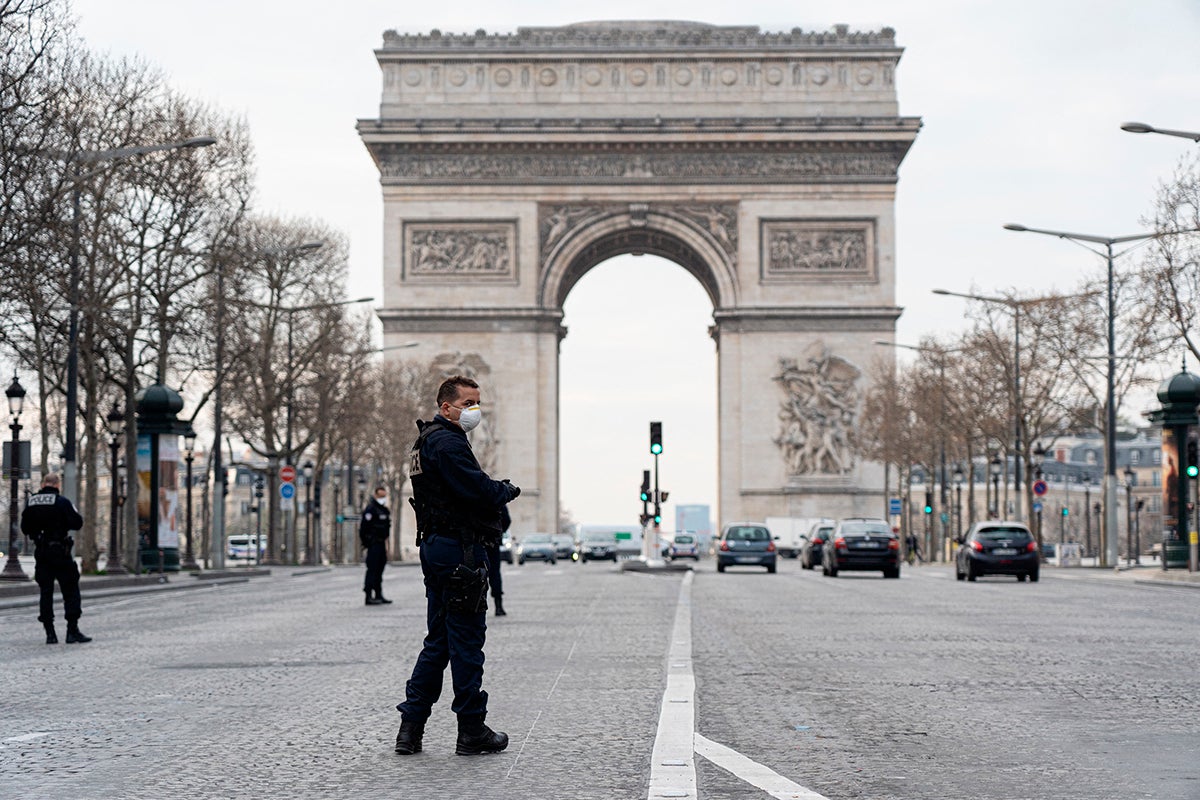 How are governments reacting to the virus in ways that are harmful to rights?

Governments have an obligation to educate people on new diseases and to try and limit transmission. They also need to ensure care for everyone who is ill, ensuring there is no discrimination and by giving special attention to those most vulnerable.

Some governments have been slow to respond, and some initially suggested the disease is only among foreigners. In many countries in Africa, the lack of investment in health is hurting the ability of governments to monitor for new cases, and we are seeing a lack of testing and treatment. Also, there are too few healthcare workers to treat everyone who becomes ill.

Until Burundi recorded its first two cases on March 31, the government had claimed it was protected from the virus because it “put God first,” whereas experts warned that more testing was needed and that the country’s quarantine sites were unsanitary and overcrowded. South Sudan has no recorded infections – but that doesn’t mean there are none.

We have seen excessive force used to enforce isolation or quarantine, including in Uganda, where people returning from travels to countries with records of infections are detained upon arrival , forcibly taken to hotels, and asked to pay the cost of a hotel stay for up to 14 days. The bill could get as high as US $1,000. Some people are forced to ‘quarantine’ themselves by sleeping in hotel lobbies or airports, but this makes matters worse as these places are full of other ‘quarantined’ travelers.

In Kenya, police shot a 13-year old boy dead in Nairobi on March 30, reportedly to enforce a curfew. Police also used excessive force in Mombasa and elsewhere to enforce curfews.

In South Africa, we have seen police shooting rubber bullets and water cannons to disperse homeless people lining up for food, telling them to “Go Home!”. These people have no homes and the recent decision to cram them into schools, church buildings, stadiums and parking lots leaves little room for social distancing. This is also happening in migrant communities where people are being quarantined.

How does ignoring the poor put everyone else at risk?

This disease puts everyone at risk. However, some people are better able to limit their contact with others. Many people who are poor have low-paying but essential jobs. They harvest food, sell it at markets or shops, drive buses, clean hospitals, or work as domestic workers. We are all ultimately connected, and if governments don’t find a way to support and protect the economic rights of poor communities, no one will be able to isolate themselves forever from this virus.

How are governments reacting to the virus in ways that respect rights?

Several governments moved quickly to curb the spread by shutting down travel – Sudan began screening travelers entering the country in late January. Some countries are providing ad hoc health services. In Nigeria’s Lagos state, the government is providing household goods including food and cleaning products like soap to lower-income communities and institutions.

Governments should understand the limited resources available to people of lower economic status or who live in slums, where not going out to earn a living for a couple of days could mean the difference between starvation and life. The governments stepping in to provide these services are encouraging.

What could the coronavirus mean for countries in conflict?

In places where you have ongoing conflicts like South Sudan, Central African Republic, Mali, Burkina Faso, and northeast Nigeria, people are especially at risk. This is also true for places hosting large refugee populations in sprawling camps, like Sudan, South Sudan, Ethiopia, and Kenya. These countries with already weakened infrastructures and social protection systems are unable to cope with the virus’ spread. The high number of displaced people and security challenges in providing health services to these populations is extremely worrying.

In Burkina Faso, the number of people displaced by fighting has risen almost 1,000 percent to over 765,000 in the past year. Right now, it also has the highest number of cases in West Africa. With displaced people and refugees living in densely populated host communities or camps, it would be especially difficult for governments to halt or even manage the spread of infection. They need to ensure social distancing and provide quarantine and isolation facilities for these people.

Myths and misinformation, including a misperception that COVID-19 is a foreign virus, could lead to threats against aid workers, while also limiting the ability of aid workers to deliver life-saving assistance and protect civilians.

Who in Africa is most at risk when it comes to the virus?

Everyone is at risk. In other places, children are less likely to get the coronavirus and to die. But we don’t know if that will also be true in Africa, where malnutrition or co-infections, for example from intestinal worms or other infections, might make children much more vulnerable.

In other ways, we can expect that what we’ve seen elsewhere will be true in Africa. We are concerned about the virus spreading through overcrowded prisons – and most if not all prisons in Africa are overcrowded. Governments, like South Sudan which has already begun releasing people, should consider reducing the people in prisons by ensuring early releases, and by releasing people who are arbitrarily detained. A large percentage of people detained across Africa are in pretrial detention and have not been convicted of a crime. Especially for those detained for non-violent offenses, this is the time for some early releases.

We’re also concerned about dense displacement sites and urban slums where so many people, including older people and others with underlying conditions live in tight quarters with family, making it practically impossible to practice social distancing or isolation. We are also concerned for people with disabilities, especially those who are shackled or locked up in institutions. Health workers – most of whom are women – as well as older people, women in general, and migrant workers, many of whom are undocumented, may not have access to the healthcare they need. Schools are shut, and extended periods at home under difficult circumstances could expose girls to rape and child marriage. Also, unlike in wealthier countries, online classes or even home schooling may not be available for children in Africa. But improved services, including electricity and internet to homes, as well as other communications, can help ensure families have alternatives to schooling while children remain at home for who knows how long.

Also, because of travel restrictions, wealthy people and top government officials can no longer travel abroad for medical care. Maybe this will lead to pressure to improve the health infrastructure at home.

This interview has been condensed and edited