The 92-page report, “No Support: Russia’s ‘Gay Propaganda’ Law Imperils LGBT Youth,” documents how Russia’s “gay propaganda” law is having a deeply damaging effect on LGBT children. Human Rights Watch interviewed LGBT youth and mental health professionals in diverse locations across Russia, including urban and rural areas, to examine the everyday experiences of the children in schools, homes, and in public, and their ability to get reliable and accurate information about themselves as well as counseling and other support services.

Formally called the law “aimed at protecting children from information promoting the denial of traditional family values,” the “gay propaganda” law bans the “promotion of nontraditional sexual relations to minors” – a reference universally understood to mean a ban on providing children with access to information about LGBT people’s lives. The ban includes, but is not limited to, information provided via the press, television, radio, and the Internet.

The law directly harms children by denying them access to essential information and fostering stigma against LGBT children and their families, Human Rights Watch found.

The 2013 law contributed to an intensification of stigma, harassment, and violence against LGBT people in Russia. The law has been used to shut down online information and mental health referral services for children and discourage support groups and mental health professionals from working with children. It has further entrenched antipathy toward LGBT people, and it has had a chilling effect on mental health professionals who work with LGBT youth, with some psychologists reporting self-censorship on issues of sexual orientation and gender identity.

Russia’s “gay propaganda” law is a classic example of political homophobia, Human Rights Watch said. It targets vulnerable sexual and gender minorities for political gain. When President Vladimir Putin signed the federal law in June 2013, he pandered to widespread antipathy toward LGBT people. The law gives the strong endorsement of the Russian state to the false and discriminatory view that LGBT people are a threat to tradition and the family. On the international stage, the law helped position Russia as a champion of so-called “traditional values.”

“No one wants to get beaten on the street, but that’s the fear LGBT people in Russia live with now,” Nikita R., an 18-year-old transgender man, told Human Rights Watch. “We know that most people believe the mass media, and the stories there teach them that we are horrible creatures, so we are in danger all the time.” 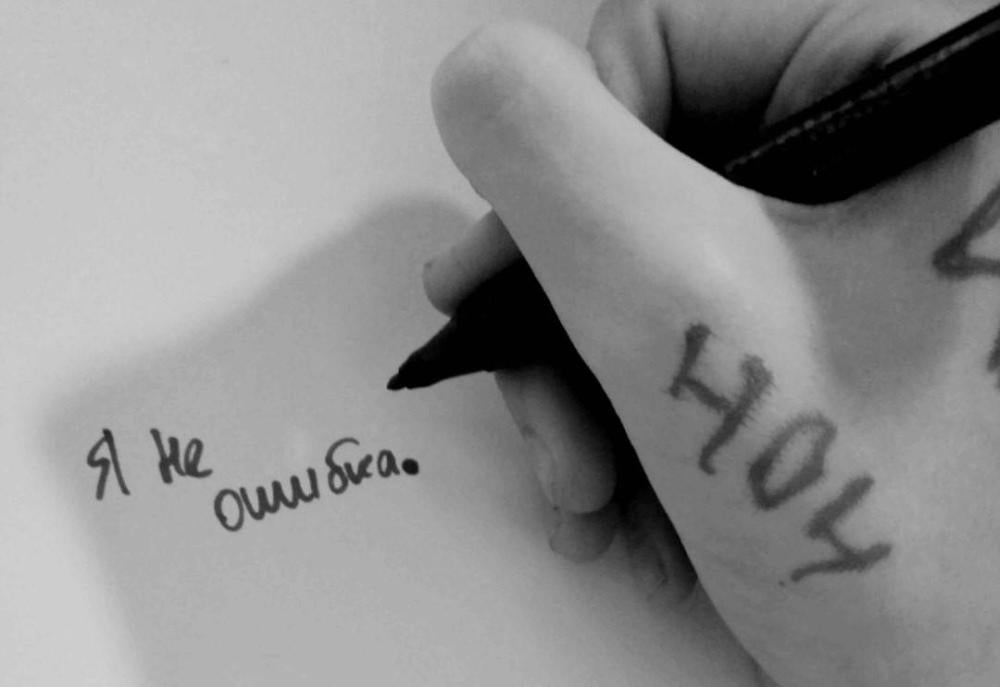 How Russia can help protect its LGBT youth from further harm&#13;

The law has been used multiple times to shut down Deti-404 (Children-404), an online group that offers psychological support, advice, and a safe online community for LGBT children, including those who experience violence and aggression because of their real or perceived sexual orientation or gender identity. The law’s effects have also been insidious in clinical and counseling settings. Mental health providers told Human Rights Watch that the law interferes with their ability to offer honest, scientifically accurate, and open counseling services, leading some to self-censor themselves or set out explicit disclaimers at the start of sessions.

During proceedings at the European Court of Human Rights about the law, Dr. Ilan Meyer, an internationally renowned expert in social psychology and public health specializing in minority populations, submitted testimony that the law does not protect youth, and in fact harms them.

“Should Russia aim to improve the health and well-being of its citizens…interventions that are the exact opposite of what the propaganda law dictates would be required,” he said.

“Furthermore, laws such as Russia’s propaganda law can have serious negative impact on the health and well-being of [LGBT people] in that the law increases and enshrines stigma and prejudice, leading to discrimination and violence.”

The court ruled in 2017 that the law violates the rights to freedom of expression and freedom from discrimination guaranteed in the European Convention on Human Rights, and that the law was indeed harmful to children.

A psychologist who works with LGBT youth told Human Rights Watch that almost every LGBT client she has ever had was “treated as if they were as scapegoats, clowns, or outcasts.” Amid such intense social hostility toward LGBT people, mental health support for youth is crucial.

But the “gay propaganda” law curtails the ability for mental health professionals to offer that support. Another psychologist described how even in situations where it is clinically relevant to discuss a child client’s sexual orientation, he feels constrained by the law: “Teenagers often wait for me to ask a direct and precise question about his or her sexual orientation or gender identity, but the law prevents me from doing that.” Another said she covers all LGBT-themed books on her office bookshelf during clinical sessions to avoid being accused of spreading “gay propaganda.”

“The ‘gay propaganda’ law risks inflicting long-term harm on generations of Russian youth by encouraging discrimination and curtailing access to support services,” Bochenek said. “This law doesn’t protect anyone, but it does cut off kids from the services they need to thrive, and in some cases even survive.”