Abuses by Government and Separatist Groups in Cameroon’s Anglophone Regions

Based on research in the region, satellite imagery analysis and video analysis, the 59-page report “‘These Killings Can Be Stopped’: Abuses by Government and Separatist Groups in Cameroon’s Anglophone Regions” found that both government forces and armed separatists have abused civilians in the western part of the country, displacing over 180,000 people since December 2017. Anglophone separatists have extorted, kidnapped and killed civilians, and prevented children from going to school. In response to protests and violence by armed separatists, government forces have killed civilians, used excessive force against demonstrators, tortured and mistreated suspected separatists and detainees, and burned hundreds of homes in several villages.

“The human rights situation in Cameroon has reached crisis level and could still get much worse,” said Mausi Segun, Africa director at Human Rights Watch. “International action is needed to ensure that both sides protect civilians and ensure justice for crimes against them.”

Human Rights Watch documented abuses by both government forces and a variety of separatist between late 2016 and May 2018. Human Rights Watch interviewed 51 victims, relatives of victims, or witnesses of abuse, as well as 31 education and medical professionals, lawyers, and key international sources. The interviews were conducted in the northwest and southwest regions of Cameroon in April.
Human Rights Watch also analyzed satellite imagery of villages in these regions, reviewed written complaints to a local organization following abuses by security forces, and collected dozens of videos and photographs that appear to show government security forces abusing civilians or burning villages, or the aftermath of such abuses. For six of the videos, Human Rights Watch confirmed the location and time of the recordings. 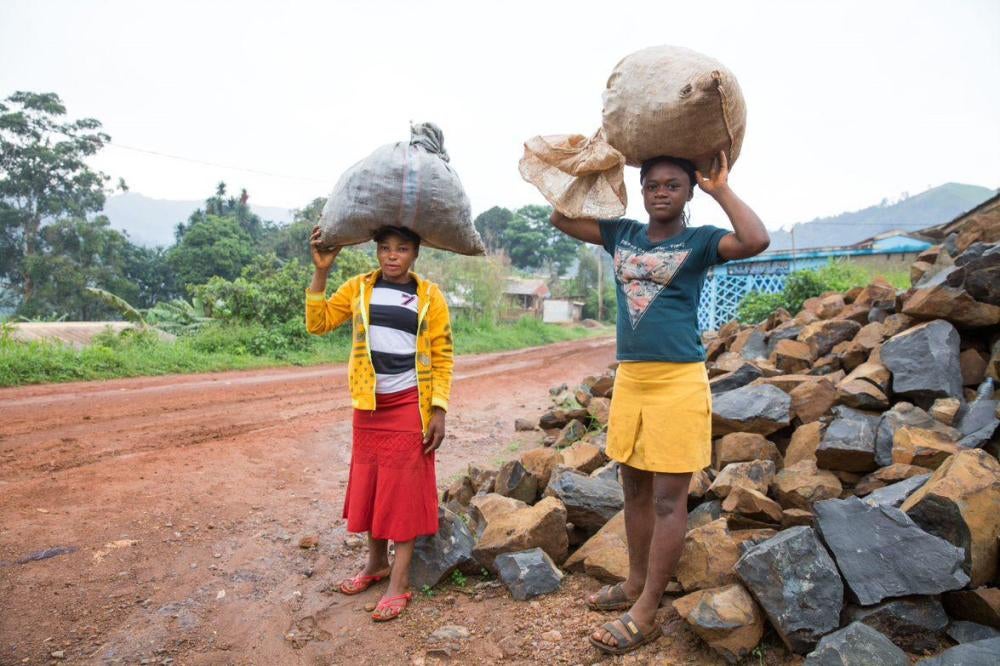 Since late 2016, Cameroon has been slipping into a protracted human rights crisis as the country’s francophone-dominated government squares off against increasingly strident Anglophone separatist activists. Researcher Jonathan Pedneault describes what it will take to prevent the crisis from spiraling out of control and the challenges of conducting research in a climate of distrust.&#13;

READ THE INTERVIEW HERE
The crisis in the Anglophone regions stems from events in late 2016, when local lawyers and teachers mobilized over demands for respect of the region’s Anglophone educational and judicial systems. This escalated into armed confrontations following heavy-handed repression by government security forces. The Cameroonian government negotiated with lawyers and teachers’ unions in early 2017, but its security forces continued to clamp down on Anglophone protesters, including the arrest of two prominent negotiators on January 17, 2017.
At the same time, separatist activists who seek an independent state for the country’s English-speaking regions began to set fire to schools and attack teachers and students to enforce a boycott they had declared on local schools. In June 2018, UNICEF reported that at least 58 schools had been damaged since the beginning of the crisis in 2016. Human Rights Watch documented 19 threats or attacks on schools, and 10 threats or attacks on education personnel.
In late 2017, Anglophone diaspora groups formed an interim government for the self-declared “Republic of Ambazonia” and called for mass demonstrations. Government security forces responded violently, killing over 20 people and arresting hundreds.
On January 29, 2018, Nigerian authorities arrested and handed over 47 Anglophone activists – including the interim president of the “Republic of Ambazonia” – to Cameroonian authorities. Since then, armed separatists have mobilized more supporters and resources and ramped up attacks on government security forces.
In response, government security forces conducted abusive counterinsurgency operations in the area. In armed operations in 12 villages in the northwest and southwest regions between January and April 2018, government security forces shot and killed in total over a dozen civilians, including at least seven people with intellectual and/or psychosocial or physical disabilities who were unable or refused to flee. Witnesses also told Human Rights Watch that at least four older women who were left behind by their relatives at the time of the attack were burnt alive when security forces set their houses on fire.
A 43-year-old man described finding his 69-year-old mother’s remains after a government operation in Bole in the northwest region on March 23, 2018. “I found that everything in the house was burned, including my mother,” he said. “When the military came, my wife and children ran but my mother couldn’t. She died a terrible death. We only found her head and intestines. Everything else was burned.”
Human Rights Watch reviewed satellite images of 131 villages in the southwest region. From those, 20 of the villages had clear evidence of building destruction consistent with arson. The total number of destroyed buildings came to at least 1,800.
Human Rights Watch interviewed people from five of these 20 locations who described fleeing as security forces entered the village, and then watching from a distance as smoke rose in the air.
Videos posted to YouTube and Twitter appear to show burned buildings in the southwest region. Human Rights Watch verified the location of six videos that showed destruction in four villages. In a video from one of the villages, Azi, security forces can be seen setting a building on fire.
As of May, at least 160,000 people were internally displaced, with 80 percent of them hiding in the forest. At least 20,000 Cameroonians have sought refuge in Nigeria since late 2017, according to UN agencies.
In meetings with Human Rights Watch in the capital Yaoundé in June, senior government ministers said President Paul Biya has authorized investigations into the allegations of abuses and acknowledged it was possible that some security personnel had committed “excesses.” But officials expressed doubts that government forces had burned buildings on a large scale. In a June 2018 humanitarian aid plan, however, the government budgeted for the reconstruction of 10,000 family homes.
The Cameroonian government should swiftly follow through on its promises to investigate these allegations and do so in a transparent manner, and take concrete actions to protect civilians, such as the deployment of military judicial police officers on operations to monitor the conduct of security forces and advise commanding officers, as it responds to armed separatists, Human Rights Watch said. It should allow independent international monitors, including the UN Office of the High Commissioner for Human Rights, to access and work in the regions.
On July 16, the Government of Cameroon formally responded to Human Rights Watch's findings.
Armed separatist leaders should call on their supporters to stop abuses against civilians and to allow children to attend school, Human Rights Watch said.
International entities, including the United Nations and African Union, and international partners of Cameroon – including the US and France – should press both sides to take swift and concrete action to protect civilians and ensure justice for crimes against them.
“Despite the abuses and provocations by armed separatists, the government should never be attacking civilians and burning villages,” Segun said. “Both sides should recognize they won’t reach their goal by perpetuating the cycle of violence, and work toward a negotiated solution.”