“This is yet another example of the ease with which President Poroshenko unjustifiably tries to control public discourse in Ukraine,” said Tanya Cooper, Ukraine researcher at Human Rights Watch. “Poroshenko may try to justify this latest step, but it is a cynical, politically expedient attack on the right to information affecting millions of Ukrainians, and their personal and professional lives.”

Ukrainian internet service providers would be required to block access to internet companies that are on a government sanctions list. The decree includes an appendix with a widely expanded list of individuals and companies under sanction in Ukraine. Experts said it would be hard to enforce.

The decree imposes a ban on access to popular Russian social media networks, such as VK (formerly VKontakte) and Odnoklassniki, both owned by the Mail.Ru Group. Alisher Usmanov, an oligarch with close ties to the Kremlin, owns stakes in the Mail.Ru Group. As of April, 78 percent of all internet users in Ukraine, or around 20 million, had a VK account. 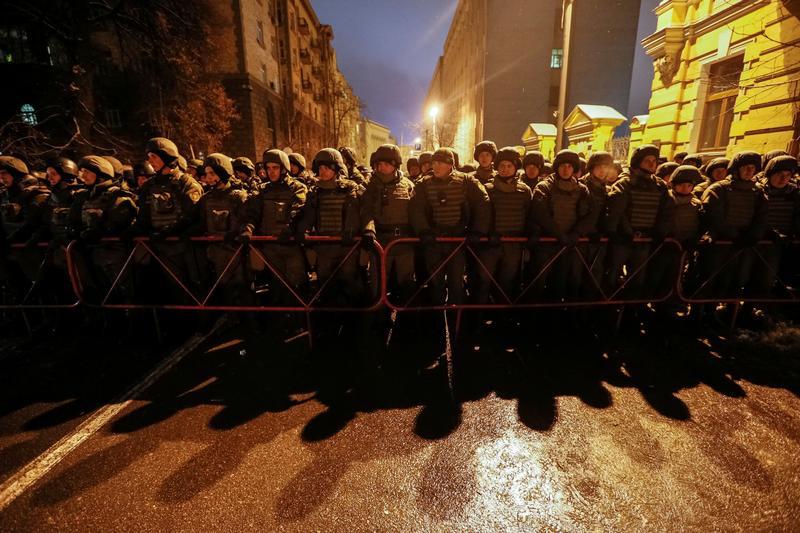 Civilians in both Ukrainian and Russia-backed separatists’ detention were subjected to serious abuses in 2016.&#13;


The decree also orders a block on public access to the Russian search engine Yandex and its various services, such as Yandex.Music, Yandex.Money, and dozens of others with .ua and .ru domains. As of March, 48 percent of internet users in Ukraine used Yandex daily.

The presidential decree, which enacts a decision by the National Security and Defense Council of Ukraine, was published on May 16, 2017. It is one in a series of measures imposing economic sanctions on individuals and legal entities with ties to the Russian government. Such sanctions include freezing of assets in Ukraine and other economic and financial restrictions; for individuals, it also means a ban on people on the sanctions list entering the country.


The decree expands the list of those under sanction in Ukraine to 1,228 individuals and 468 legal entities in Russia, Russia-occupied Crimea, areas in eastern Ukraine’s Donetsk and Luhansk regions controlled by Russia-backed separatists, and other countries. The duration of sanctions varies from one to three years.

The decree assigns monitoring the sanctions to Ukraine’s Cabinet of Ministers, the National Security Service, and the National Bank of Ukraine.

Oksana Romaniuk, executive director of Kyiv-based Institute of Mass Information, told Human Rights Watch that the government had not provided a valid justification for why such a broad ban on online companies was necessary. She also insisted that the decree would be hard to enforce without changing the law. Currently, only a court can order internet service providers to take action against a website. The head of Ukraine’s internet association, Oleksandr Fedienko, said in a media interview that Ukrainian internet service providers don’t have the technical ability to block Russian social media and news websites. He also said the ban would be ineffective due to a variety of ways to circumvent online censorship.

Ukraine is a party to the European Convention on Human Rights and the International Covenant on Civil and Political Rights, both of which guarantee freedom of expression, including access to information. Only restrictions that are necessary and proportionate for a legitimate purpose may be imposed, and the ban set out in the decree does not pass that test.

In the past two years, Poroshenko has signed similar decrees introducing sanctions. In June 2016, a presidential decree banned 17 Russian journalists, editors, and media executives from traveling to Ukraine. In September 2015, the government banned several hundred Russian individuals and legal entities from entering Ukraine for a year. Among them were 41 journalists and bloggers from several countries, including Russia, Israel, the United Kingdom, and Germany. In May 2016, Poroshenko removed 29 people from the list of those sanctioned.

“In a single move Poroshenko dealt a terrible blow to freedom of expression in Ukraine,” Cooper said. “It’s an inexcusable violation of Ukrainians’ right to information of their choice, and the European Union and Ukraine’s other international partners should immediately call on Ukraine to reverse it.”