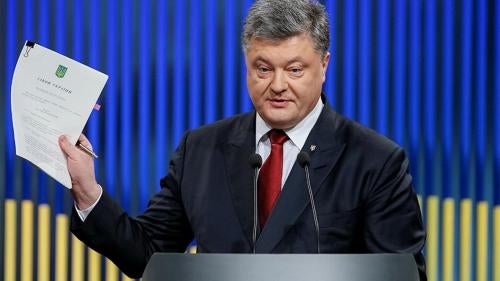 The situation in eastern Ukraine remained tense in 2016 despite the Minsk II Agreements forged a year earlier that called for a ceasefire and withdrawal of heavy weapons by all sides. Civilians in both Ukrainian and Russia-backed separatists’ detention were subjected to serious abuses. Abuses in conflict-affected areas remain largely unaddressed. The government did not adequately respond to attacks on journalists by nationalist groups. In Crimea, Crimean Tatars face further persecution for their peaceful opposition to Russia’s occupation of the peninsula.

The 2015 Minsk II Agreements significantly reduced hostilities, but frequent skirmishes and exchanges of artillery fire continued during the year.

According to the United Nations Human Rights Monitoring Mission in Ukraine (UNHRMMU), mortar, rocket, and artillery attacks between April 2014 and May 2016 killed over 9,000 people and injured more than 21,000—including civilians and combatants on all sides—in Donetsk and Luhansk regions. The UNHRMMU reported a 66 percent increase in civilian casualties from May to August compared to earlier in 2016, and documented 28 civilian deaths in the summer, many of which resulted from shelling and landmines.

Ukrainian government authorities and Russia-backed separatists in eastern Ukraine detained dozens of civilians for collaborating with the other side and held them in prolonged, arbitrary detention, depriving them of contact with lawyers and family. Most of those detained suffered torture or other forms of ill-treatment; some were denied needed medical attention. Both sides have been implicated in sexual violence, although few cases have been fully documented due to victims’ reluctance to come forward.

Human Rights Watch, jointly with Amnesty International, found that 18 people had been held in secret detention on the Security Service of Ukraine (SBU) premises in Kharkiv through the end of July, one for as long as 16 months. Thirteen were later released: at time of writing five remained in detention. The SBU denied allegations of secret detention. The military prosecutor’s office pledged to investigate. At time of writing, the investigation had yielded no tangible results.

In July, authorities arrested the head of Aidar battalion, Valentin Liholit, on charges of abduction, robbery, and other violent crimes against civilians. At Liholit’s remand hearing, Aidar battalion members blocked the court building, while several members of parliament disrupted the hearing inside, demanding his release. The court released him, pending further investigation.

Also in July, a former member of the Tornado police battalion was sentenced to six years’ imprisonment for torture and rape. Twelve other former members of the battalion, including the commander, were under investigation for sexual violence, robbery, and other violent crimes. At an August court hearing, Tornado supporters clashed with law enforcement, injuring 27 law enforcement officers.

Authorities have made some progress toward accountability for abuses during the 2014 Maidan protests by government forces against protesters. In June, authorities charged four members of the Berkut riot police battalion with killing 3 protesters and injuring 35. At time of writing, the investigation was ongoing.

Trials continued in connection with the 2014 political violence in Odesa. In May and June, when courts ruled to release “pro-federalism” defendants from pretrial detention, “pro-unity” activists temporarily blocked the courts and threatened to harm the defendants. On both occasions police eventually rearrested the defendants. “Pro-unity” activists were not held accountable for disrupting court proceedings, and in one case, some were invited to testify against the defendant.

In May, Ukrainian authorities banned 17 Russian journalists and media executives from entering Ukraine.

Inter, a television station widely perceived as pro-Russia, was attacked several times in 2016. The most serious attack occurred in early September, when a group of protesters tried to set Inter’s building on fire. Several staff had to be evacuated and treated for carbon monoxide poisoning; one sustained a spinal injury. Several days prior to the attack, Interior Minister Arsen Avakov, through his Facebook page, accused the channel of being anti-Ukrainian.

Media ownership structure remained opaque, despite a 2015 law promoting media ownership transparency. Most television channels are believed to be controlled by oligarchs, and President Poroshenko continued to own Channel 5.

Nationalist groups attacked journalists for their work in eastern Ukraine. In May 2016, the website Myrotvorets published the names and personal data of hundreds of journalists and others who had been accredited by the DNR press center, accusing them of “cooperat[ing] with terrorists.” Authorities launched an investigation, but top government officials applauded the publication. Several reporters received threats after the data dump.

The Ukrainian Institute of Mass Media, an independent monitoring group, recorded 113 physical attacks against journalists in Ukraine in the first part of 2016.

In July, a car bomb killed Pavel Sheremet, a prominent investigative journalist. At time of writing, investigative authorities had not identified suspects. The trial of suspects in the 2015 killing of Oles Buzina, a journalist known for his pro-Russian views, continued.

In a positive development, in July, an appeals court acquitted journalist and blogger Ruslan Kotsaba, who had been previously convicted on treason charges for calling for boycotting conscription.

In March 2016, about 200 anti-gay, far-right supporters attacked a venue in Lviv hosting a LGBT equality festival, eventually causing the event to be cancelled. The Kyiv LGBT Pride march held in June took place without the violence against participants that had marred it in previous years. Ultra-nationalist groups had threatened to make the march a “bloody mess.” Around 6,000 police officers protected the 1,500 march participants.

The first LGBT Pride march took place in Odesa in August. Local authorities initially attempted to ban it, but relented when organizers changed the route. Police arrested four ultra-nationalists who attempted to disrupt the event.

A new draft of the amended labor code does not include an anti-discrimination provision that would protect LGBT people in the workplace.

Russia continued to prosecute people for publicly opposing its occupation of Crimea, further shrinking space for free speech and freedom of association.

Under the pretext of combating extremism or terrorism, authorities harassed and took arbitrary legal action against some Crimean Tatar activists in apparent retaliation for their peaceful opposition to Russia’s occupation. In February 2016, authorities arrested human rights defender Emir Usein Kuku on charges of terrorism and involvement in Hizb ut-Tahrir, a Muslim political organization that is banned in Russia but not Ukraine. At time of writing he was in custody pending trial. In October, the Crimean Office for Juvenile Affairs approached Kuku’s 9-year-old son and asked him questions about Kuku, implying that his father was neglecting his parental duties while in detention. Since 2014, fourteen people were detained on charges of involvement in Hizb ut-Tahrir; in September, four were sentenced to prison terms ranging from five to seven years.

In April, the Supreme Court in Crimea ruled to shut down Mejlis, the Crimean Tatars’ elected representative body, on grounds of involvement in “extremist” activities. In September, Russia’s Supreme Court upheld the ruling.

Akhtem Chiygoz, a deputy chairman of Mejlis arrested in 2015 on charges of allegedly organizing mass disturbances, remained in custody; his trial was ongoing at time of writing. Another Mejlis deputy chairman, Ilmi Umerov, was charged with separatism for stating in a media interview that Crimea should be returned to Ukraine. In August, Umerov was confined in a psychiatric hospital for evaluation. He was released on September 7 and at time of writing was at liberty, pending trial.

In May, Ervin Ibragimov, a Mejlis member, went missing. Security camera footage showed a group of men forcing him into a van and driving away. His passport was later found in Bakhchisaray. An investigation was ongoing.

The European Union and the United States issued statements recognizing the territorial integrity of Ukraine. The US State Department called for an investigation into Pavel Sheremet’s death and criticized the Russian court’s ban of Mejlis. It also called for an end to human rights abuses in Crimea.

In February, the United Nations Children’s Fund reported that 1 in 5 schools had been damaged in the armed conflict. Some 215,000 children have been displaced, significantly affecting their access to education. UNICEF called on all parties to the conflict in eastern Ukraine “to ensure safe movement and unhindered humanitarian access to help children in need.”

The Parliamentary Assembly of the Council of Europe (PACE) sent rapporteurs to Ukraine in February and April to meet with key leaders to discuss the conflict and the human rights situation in eastern Ukraine while also assessing access to legal remedies for human rights violations since the onset of the war in eastern Ukraine. In October, PACE adopted a resolution highlighting the lack of remedies for victims of abuses in Ukrainian territories “under effective control” by Russia.

On August 11 and 12, the UN Committee on Elimination of Racial Discrimination reviewed Ukraine’s compliance with the International Convention on the Elimination of All Forms of Racial Discrimination. The committee expressed concerns over “underdeveloped” institutional framework for dealing with minority issues, noted a rise in hate speech by public figures and racist propaganda by such groups as Right Sector, Azov Civilian Battalion, and the Social National Assembly.

The Organization for Security and Co-operation in Europe’s (OSCE) Special Monitoring Mission to Ukraine released several statements raising concern about civilian casualties in eastern Ukraine due to the conflict, as well as about the plight of internally displaced persons (IDPs). The chief monitor of the OSCE Special Monitoring Mission in Ukraine declared violence to be a “violation of children’s rights” and emphasized the importance of abiding by a ceasefire at the beginning of the school year on September 1.

In May, the UN torture prevention body had to suspend a visit to Ukraine to inspect detention conditions due to travel restrictions in several locations under SBU authority, but returned in September to complete the visit after Ukrainian authorities granted full access.

In September, the UN high commissioner for human rights expressed concern over lack of protection for civilians living in the conflict-affected area, access to basic services and humanitarian aid, freedom of movement, and limited accountability for human rights violations.

Although Ukraine is not a member of the International Criminal Court (ICC), it has accepted the court’s jurisdiction over alleged crimes committed on its territory since November 2013. The ICC prosecutor’s preliminary examination as to whether it should open an investigation into abuses committed during the armed conflict remained ongoing. In June, parliament adopted a constitutional amendment package that would permit ratification of the ICC treaty, but included a transitional provision that delays the relevant amendment from taking effect for three years.