(Moscow) – Russia’s Supreme Court ruled on April 20, 2017 that the Jehovah’s Witnesses organization should be closed down and no longer allowed to operate legally in Russia, Human Rights Watch said today. The ruling, which affects more than 100,000 Jehovah’s Witness worshippers across Russia, is a serious breach of Russia’s obligations to respect and protect religious freedom.

If the ruling enters into force, people who continue to be involved with Jehovah’s Witnesses organization or their activities in Russia could face criminal prosecution and punishment ranging from fines of 300,00 to 600,000 rubles (US$5,343 to $10,687) to a maximum of six to 10 years in prison. People found to be leading such activity would face a maximum 10 years. The organization’s property will be confiscated. Jehovah’s Witnesses will not be able to congregate for worship at their church or anywhere else. 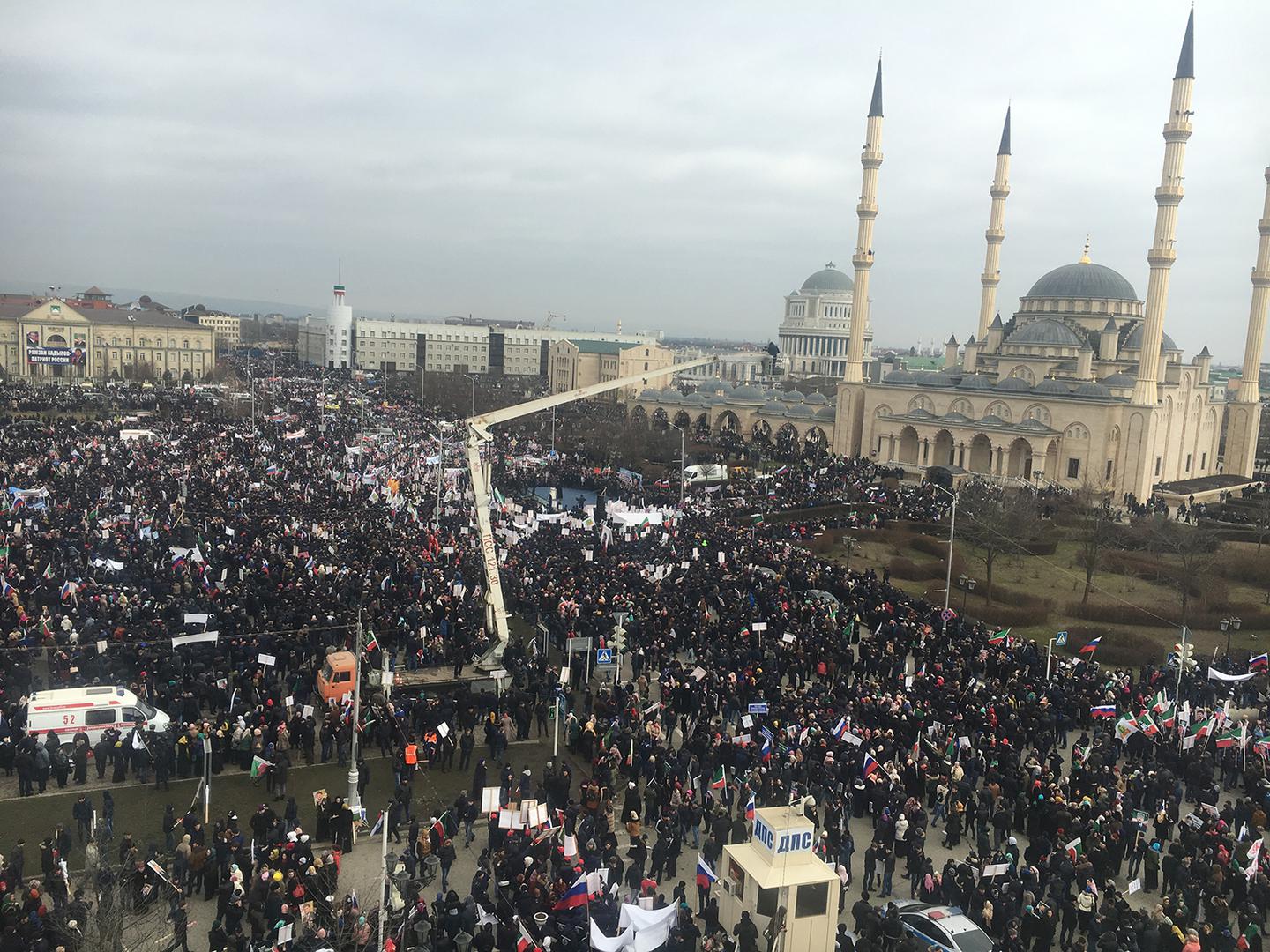 The Justice Ministry case followed an unannounced inspection, started in February 2017, of the Jehovah’s Witnesses Administrative Center in St. Petersburg. The inspection found that the Administrative Center had continued to fund branches that had been closed after a court banned them for extremism. It also found the organization had taken no action to change “extremist” literature and had continued to distribute it. Jehovah’s Witnesses have vigorously denied the latter allegation. The Justice Ministry suspended all Jehovah’s Witnesses’ activities when the ministry filed its lawsuit on March 15.

A member of the Council of Europe and a party to the European Convention on Human Rights, Russia is obligated to protect freedom of religion and association. It has previously been found in violation of multiple obligations under the European Convention on Human Rights for actions taken through the courts to dissolve communities of Jehovah’s Witnesses (Jehovah’s Witnesses of Moscow v. Russia, application no. 302/02).

The April 20 ruling to close the Jehovah’s Witnesses is a direct interference with freedom of religion, effectively denying its followers the right to worship, and cannot be justified as either necessary or proportionate. The closure order directly violates the pluralism of thought and belief that is foundational to a democratic society and as the court has repeatedly affirmed, is “at the very heart of the protection which [the convention] affords.”

“It’s not too late for the Russian authorities to make right this serious move against religious freedom,” Denber said. “The Justice Ministry should withdraw the suit against the Jehovah’s Witnesses organization and stop interfering with group’s peaceful religious activity.”