Update March 28, 2017: The United Nations peacekeeping mission in the Democratic Republic of Congo, MONUSCO, confirmed on March 28, 2017, that the bodies of Zaida Catalán, a Swede, and Michael Sharp, an American, were found by UN peacekeepers near Bunkonde in Kasai Central province on March 27.

The two members of the UN Group of Experts on Congo had been reported missing, along with their Congolese interpreter, Betu Tshintela, a motorbike driver, Isaac Kabuayi, and two unidentified motorbike drivers, on March 12, while investigating large-scale human rights violations in the region. The UN reported that efforts continue to find the team’s Congolese members.

The following quote can be attributed to Ida Sawyer, Central Africa director at Human Rights Watch:

“We express our deepest condolences to the families, colleagues, and friends of Michael and Zaida, who lost their lives while seeking truth, justice, and an end to the violence and abuse that Congolese in the Kasai region and beyond have long suffered. We hope that the UN’s search efforts promptly locate Betu, Isaac, and their two other Congolese colleagues. Our thoughts are with their loved ones. An international, independent investigation is urgently needed into these deaths and disappearances, and the broader violence in the Kasai region, to help end the abuses there and bring those responsible to justice."

(Kinshasa, March 25, 2017) – The Democratic Republic of Congo government should fully cooperate with United Nations efforts to locate a UN Group of Experts team that has been missing since March 12, 2017, in Kasai Central province, Human Rights Watch said today.

Those missing are Michael Sharp, an American; Zaida Catalán, a Swede; Betu Tshintela, a Congolese interpreter; Isaac Kabuayi, a driver; and two unidentified motorbike drivers. They were investigating widespread human rights abuses near the remote village of Bunkonde, south of the provincial capital, Kananga.

“We are extremely worried about the missing UN team,” said Ida Sawyer, Central Africa director at Human Rights Watch. “The Congolese government should cooperate fully with the UN and other international investigators to do all they can to bring the team back safely.”

On March 13, the Congolese government announced that Sharp and Catalán had “fallen into the hands of unidentified negative forces,” but has provided no additional information.

The UN peacekeeping mission in Congo, MONUSCO, deployed Uruguayan peacekeepers and Tanzanian special forces on a search and rescue operation for the missing people. These efforts have suffered from a lack of cooperation from the Congolese government.

On March 18, MONUSCO expressed “serious concern over restrictions placed on its freedom of movement by security forces in Kananga,” which “restrict the ability of the Mission to exercise its mandate.”

This is the first time that UN experts have been reported missing in Congo, Human Rights Watch said. It is also the first recorded disappearance or abduction of international workers in the Kasai provinces, a region that until recently had been largely peaceful, unlike eastern Congo, which has long been embattled by dozens of armed groups.

The UN Group of Experts on Congo, established in 2004, consists of six experts appointed by the UN secretary-general to monitor the Security Council’s sanctions regime for Congo and to propose individuals and entities to be added to the sanctions list. The experts collect and analyze information about armed group activities, their networks, arms trafficking, and those responsible for serious human rights violations. Their reports are among the most comprehensive and reliable sources of information about conflict dynamics in the Great Lakes region of Africa.

On March 12, France called on MONUSCO and the Congolese authorities to “deploy all necessary resources” to find the missing UN team. Germany later made a similar call, while Belgium said that the UN team’s disappearance was “a serious blow to the efforts of the international community to bring back peace and stability in the DRC.”

Since large-scale violence erupted in the Kasai region in August 2016, more than 400 people have been killed and more than 200,000 displaced from their homes, according to the UN. Human Rights Watch has received reports of scores of people killed in recent weeks.

The violence in the Kasai region is purportedly about customary control over local chieftaincies, but there are also clear ties to national political dynamics, with the Congolese army backing the leadership of people seen to be loyal to President Joseph Kabila and his political coalition, and the Kamuina Nsapu militia groups supporting people seen to be closer to the opposition.

The violence escalated after security forces killed Kamuina Nsapu, the apparent heir to the throne of a chieftaincy in the Tshimbulu area, in August. Since his death, the militia named after him has grown into more of a popular movement than an organized armed group with clear command structures. Some militia members have turned their demands to the national political crisis, calling for President Kabila to step down. His constitutionally mandated two-term limit ended on December 19.

The militia has recruited large numbers of children, and its members believe in magic powers that they say make them impervious to bullets. Carrying sticks and other crude weapons, militia members have attacked security forces and some government buildings in Kasai, Kasai Central, Kasai Oriental, Sankuru, and Lomami provinces.

Congolese government officials said on March 21 that 67 police officers and several Congolese army officers had been killed in the Kasaï region since the violence broke out.

Security forces have at times responded to the militia with excessive force, unnecessarily firing on alleged militia members or supporters, including women and children. 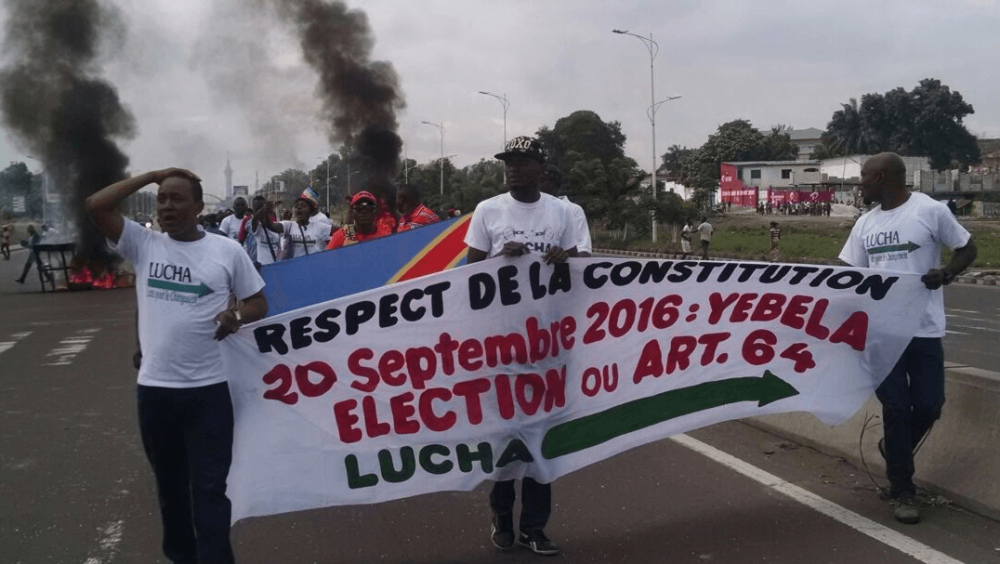 Congo is at a critical juncture &#13;

Over two dozen mass graves have been reported in three Kasai provinces since January. Five videos have also emerged from the Kasais in recent weeks, showing soldiers firing on unarmed or lightly armed alleged militia members, including many women and children.

The UN Human Rights Council and UN member countries should support the call by the UN high commissioner for human rights to create a commission of inquiry or a similar independent, international investigation into the situation in the Kasai region, Human Rights Watch said. This could be adopted at a special session of the Human Rights Council.

On March 22, Congo’s human rights minister said in her closing remarks at the Human Rights Council’s Interactive Dialogue on Congo that the Congolese government would cooperate with MONUSCO and the African Union in their investigations into the violence in the Kasais.

“The missing UN team reflects a bigger picture of violence and abuse in the Kasai region,” Sawyer said. “The Human Rights Council should establish a commission of inquiry into abuses in the region as soon as possible. Concerted efforts are urgently needed to address this increasingly desperate situation.”