(Brussels) – Belgium has enacted a raft of problematic counterterrorism laws and its police have carried out heavy-handed operations in the past year, Human Rights Watch said in a report released today. Those responsible for horrific attacks in Paris on November 13, 2015, and in Brussels on March 22, 2016, the deadliest in those countries in decades, were linked to Belgium. 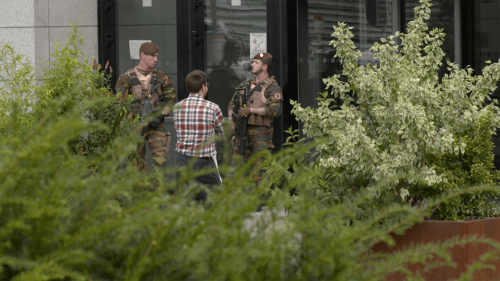 “Belgium has worked hard this past year to prevent further attacks, but its law and policy responses have been undermined by their overbroad and sometimes abusive nature,” said Letta Tayler, senior terrorism researcher at Human Rights Watch and the report’s author. “We share Belgium’s and France’s outrage and grief and want those responsible brought to justice. But heavy-handed police raids risk alienating communities whose cooperation can help address the threat.”In three trips to Belgium, Human Rights Watch interviewed 23 people alleging physical or verbal abuse, and 10 family members or lawyers for people who alleged abuse by the police, soldiers on patrol, or prison authorities. Human Rights Watch also spoke with more than 30 national and local human rights activists, government officials and legislators, Belgium-based security experts, policemen, and journalists. In addition, Human Rights Watch reviewed 30 new or proposed laws and regulations, as well as dozens of media clips and social media postings.

In a written statement, Belgium’s federal government told Human Rights Watch it is “firmly resolved to protect” human rights in its counterterrorism responses. Belgium was investigating “a number of incidents” of alleged “verbal or physical violence” by police following the attacks, the statement said, but “these are isolated incidents and by no means the result of a deliberate policy.”

The coordinated attacks in Paris on sites including a stadium and a theater killed 130 people. The attacks on the Brussels airport and a metro station killed 32. The extremist armed group Islamic State (also known as ISIS) claimed responsibility for both strikes, in which hundreds more were injured.

In 26 incidents involving the police that Human Rights Watch investigated, suspects or their lawyers alleged that the police used slurs such as “dirty Arab” or “dirty terrorist,” roughly stopped and frisked them, and in 10 cases, used excessive force such as beating them or slamming them against cars. All but one suspect were Muslim and all but two were of North African descent. Only one was charged with terrorism offenses, in a case of mistaken identity.

The suspects told Human Rights Watch the verbal or physical abuse by the police had traumatized them and in some cases their children, and harmed their reputations. Some said they had lost their jobs as a result. Suspects whose property was damaged in raids described delays and difficulties receiving compensation. All said they had lost confidence in the police because of the treatment.

One of Belgium’s 2015 counterterrorism measures instructs prison authorities to place all detainees charged or convicted in terrorism-related cases in solitary confinement for up to 23 hours a day. Some prisoners have remained in isolation for at least 10 months. Human Rights Watch documented two cases in which the prison authorities continued nearly all harsh isolation measures for months after one prisoner tried to commit suicide and the other told a prison psychiatrist that he was “talking to walls.”

At least 35 prisoners are currently in the isolation regime. At least 18 others who had been in isolation have been transferred to a separate regime for prisoners charged or convicted of terrorism known as “D-Rad:ex,” which allows limited interaction among the segregated detainees.

Human Rights Watch recognizes that special measures may be necessary to prevent violent radicalization in prisons, but such measures should be proportionate and subject to effective review. Prolonged solitary confinement is cruel, inhuman, and degrading treatment, and may amount to torture.

Another law criminalizes the act of leaving Belgium “with terrorist intent” – a vague term that could restrict the travel of people without evidence that they intend to commit or support armed extremist acts. The authorities also can suspend passports and national identity cards for up to six months of people suspected of terrorist aims. Belgian authorities have suspended nearly 250 passports under that measure, which lacks the important protection of prior judicial review.

A sweeping 2016 data retention law compels telecommunications firms to retain the telephone numbers and email addresses their clients use for up to a year, and to provide them to the government on demand in terrorism investigations – also without prior judicial review, despite a potential for invasion of privacy.

Another 2016 measure provides for prison sentences of five to 10 years for indirect incitement of a terrorist act through a disseminated message, regardless of whether it created a risk that the act will be committed. A 2015 law allowing the authorities to revoke Belgian citizenship from dual nationals convicted of terrorism offenses could create perceptions of a tier of “second-class” citizens based on their ethnicity and religion.

Since January 2015, the Belgian authorities have deployed hundreds of soldiers in major cities to support the police – 1,800 since the Paris attacks. While that deployment may well be justified and proportionate, extended military deployment in a civilian policing context is undesirable.

The federal government says that at least 450 Belgians have joined or tried to join groups like ISIS – the highest number per capita for a Western European country.

In the year since the Paris attacks, Belgian police have carried out several hundred counterterrorism house searches, according to the federal prosecutor’s office, which said it could not provide exact figures. The Belgian authorities also did not provide figures for the number of complaints alleging abusive counterterrorism operations.

Since a deadly attack on the Jewish Museum in Brussels in May 2014, the Belgian authorities have convicted 43 people of terrorism offenses and charged another 72, the Justice Ministry told Human Rights Watch. The ministry declined to provide data on charges and convictions since the Paris attacks.

The Belgian authorities should monitor and amend counterterrorism laws and policies to ensure that they do not erode fundamental rights, and enforce zero tolerance for police abuse, Human Rights Watch said.

“Governments have a responsibility to protect people from attack and to hold those responsible to account,” Tayler said. “But disproportionate responses weaken the rule of law, fuel distrust of the authorities in Muslim communities, and divide society when it needs to unite against groups like ISIS.”