Burundi may have slipped off international news headlines, but killings, disappearances, and torture there continue unabated, and those responsible are getting away with it. That’s why it’s critical that Human Rights Council members meeting at the United Nations in Geneva this week adopt a strong resolution to address the deepening human rights crisis engulfing the country.

The proposed resolution builds on a powerful report by a UN independent investigation team which found that “gross human rights violations have and are taking place, committed primarily by State agents and those linked to them.” Describing the violations as “systematic and patterned,” the report acts as a wake-up call.

Yet the Burundian government is still flatly denying the gravity of the situation, despite abundant evidence from the UN, Human Rights Watch, and Burundian activists. At the Human Rights Council earlier this week, Burundi’s Human Rights Minister Martin Nivyabandi bluntly rejected the UN investigators’ report, and in a speech at the UN General Assembly in New York last week, Foreign Minister Alain Nyamitwe said: “I stand before you today to reiterate Burundi’s unwavering commitment to human rights,” but then proceeded to “categorically reject the purposefully and politically exaggerated reports on alleged human rights violations in Burundi.” 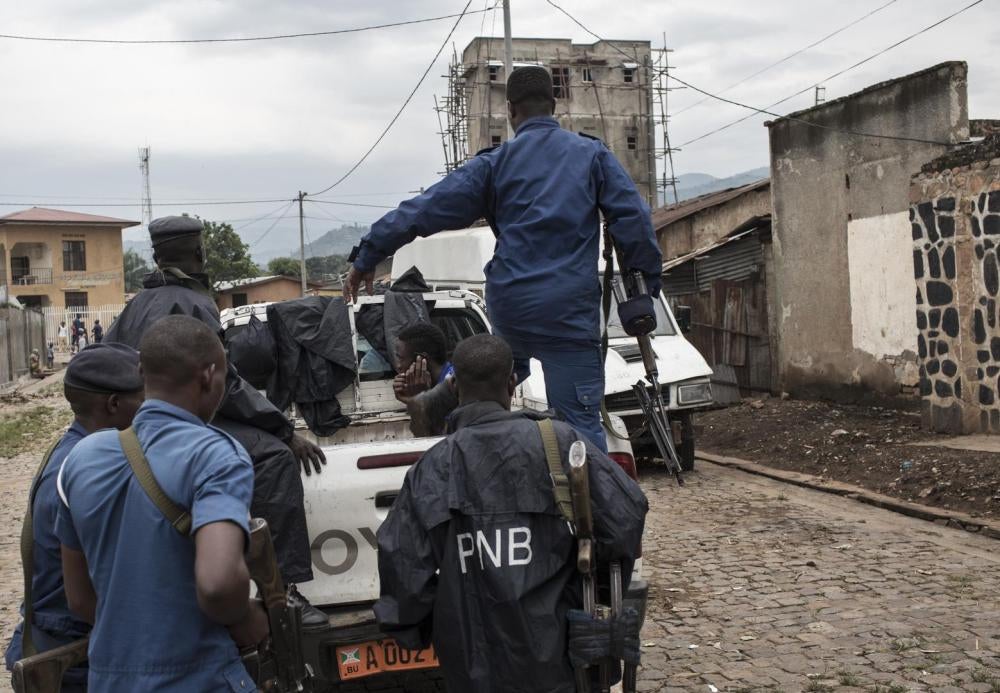 The government’s refusal to acknowledge the human rights crisis is deeply disturbing. The more it tries to cover up mounting state abuses, the more skepticism deepens about its willingness to hold perpetrators to account.

It’s important to keep documenting abuses in Burundi, but the escalation since 2015 shows that something more is needed. The priority has to be to put an end to the impunity that lies at the heart of this crisis.

The UN investigation team has proposed that a commission of inquiry “should be mandated to ensure individual accountability.” Human Rights Watch fully supports this proposal, as the Burundian justice system has failed to deliver credible justice.

All states should support the Human Rights Council resolution for a commission of inquiry into crimes committed in Burundi since April 2015. Not only would this be an unequivocal show of solidarity with the many victims, but it will also offer them hope that, one day, justice will be done.