(Kathmandu) – The Nepal government is not taking sufficient steps to end child marriage, causing deep harm to both girls and boys across the country, Human Rights Watch said in a report released today. In July 2014, Nepal’s government pledged to end child marriage by 2020. By 2016, this goal had shifted to 2030. But the government has yet to take the concrete steps needed to achieve either goal.

The 118-page report, “‘Our Time to Sing and Play’: Child Marriage in Nepal,” documents the economic and social pressures that lead to child marriage, and the devastating consequences of those marriages. Nepal has the third-highest rate of child marriage in Asia, with 37 percent of girls marrying before age 18, and 10 percent before 15, though the minimum age of marriage for both women and men is 20 under Nepali law. An estimated 11 percent of boys marry before 18. Nepal’s government has made some effort to end the practice, but a long-promised national plan has met with delays. 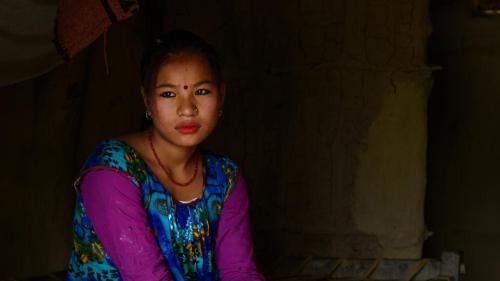 “Many children in Nepal – both girls and boys – are seeing their futures stolen from them by child marriage,” said Heather Barr, senior women’s rights researcher at Human Rights Watch. “Nepal’s government promises reform, but in towns and villages across the country, nothing has changed.”

Human Rights Watch interviewed 149 people across the country, including 104 married children and young adults who married as children. They came from a range of ethnic, religious, and caste backgrounds, but the majority were from Nepal’s Dalit or indigenous communities, reflecting the greater prevalence of child marriage in marginalized and lower caste communities. Human Rights Watch also interviewed activists, service providers, health care workers, educators, police, and experts.

Child marriage has been illegal in Nepal since 1963, but Human Rights Watch found that police rarely act to prevent a child marriage or bring charges, and almost never do so unless a complaint is filed. Government officials often officially register child marriages, even though child marriage is a crime.

Human Rights Watch found that poverty, lack of access to education, child labor, social pressures, and dowry practices are among the factors driving child marriage. Researchers also found a dangerous increase in voluntary “love marriages” of children as young as 12 or 13, many prompted by deprivation or abuse at home, a desire to avoid a forced child marriage to a less-favored partner, lack of information about and access to contraception, and social pressures. The harm to children and their families caused by child marriage includes denial of access to education, serious health consequences including death as a result of early pregnancy, and domestic abuse including violence, sexual violence, and abandonment.

The government’s failure to enforce the law means that child marriage is a frequent coping mechanism for poor families. Parents who are unable to feed their children may seek a husband for their daughters simply so that the girls can eat. Poor girls often leave school and work instead because their families cannot afford associated costs, even when education is “free,” or because the government does not require children to go to school. Girls often marry as a direct consequence of leaving school.
Social pressures, including an expectation in many communities that girls should marry soon after they begin menstruating, or even before, make child marriage not only accepted but expected in some communities. Lack of access to information about sexual and reproductive health or to contraceptive supplies puts children at risk of a rushed marriage in response to, or in fear of, extramarital pregnancy.

Married girls often become pregnant quickly, and are expected to, with serious health consequences from early and closely spaced pregnancies. Infant mortality is more prevalent in cases of early pregnancy. Many of the girls interviewed said they suffered violence and sexual violence.

“I had an arranged marriage and I had no say in that – I had no say in getting pregnant as well,” said Nutan C., 21, who was married at age 16 and was the mother of a 4-year-old daughter and an18-month-old son, and was 6 months pregnant when she spoke to Human Rights Watch.

In 2014, at the international “Girl Summit” in London, United Kingdom, Nepal’s minister of women, children, and social welfare pledged to strive to end child marriage by 2020. By the time the Nepal government held its own national “Girl Summit” in Kathmandu in March 2016, this goal had shifted to 2030, the end date for the United Nations Sustainable Development Goals.

The government has worked with the UN, nongovernmental groups, and other partners to develop a National Strategy to End Child Marriage, which it said will be the foundation for a detailed National Plan of Action with funds budgeted to carry it out. But progress on developing the plan has been slow, and the strategy does not provide a sufficient detail to offer a roadmap for ending child marriage by 2030.

At the village level, there is little evidence of efforts by the government to end child marriage or mitigate the harm that married children experience. The few public awareness programs were often the work of nongovernmental organizations. School attendance is often low, especially for girls, and is not required by the government. Many adolescents do not get the information about sexual and reproductive health that schools are supposed to teach. Government health facilities provide free family planning services, but many young people – married and unmarried – are not aware that the services exist, or face difficulties accessing this help because of distance, stigma, or family pressure.

“We interviewed a horrifying number of adolescent girls who were mourning their dead infants,” said Barr. “These stories are intolerable – and usually preventable. Ending child marriage in Nepal will require reforms of Nepal’s laws, its police and local government response, birth and marriage registration, schools, and health care. The government has promised change, and that change needs to start now.”