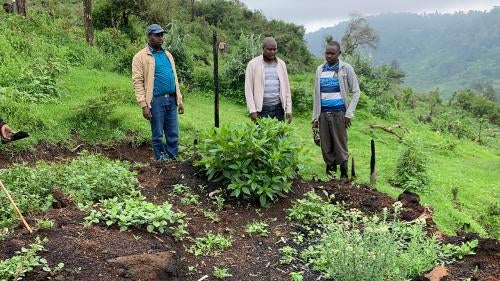 (Nairobi, July 23, 2020) – Police violence and property destruction during evictions in Kenya’s Rift Valley and a lack of support afterward has caused deaths and desperation for the people evicted, Human Rights Watch said today.

Since 2018, Kenyan authorities have evicted more than 50,000 people from Mau Forest lands, including more than 40,000 in July 2018 and the rest between August and November 2019. At least 6,000 of the people recently evicted are living in harsh conditions in makeshift camps in Narok county and have not been relocated or compensated as required under Kenyan law.

The Kenyan government carried out forced evictions from Mau forest in late 2019. This was the second phase of such evictions.

The process of removing people and destroying homes, which began in mid 2018, is part of an effort to conserve the Mau ecosystem.

I was evicted from Mau. I had lived there for about 20 years. They came there on October 10th [2019] and asked us to remove our things. On the second day they came very early in the morning and started demolishing shops.

Since 2018, more than 50,000 people have been evicted from their homes in the forest.  Police are deployed to prevent people returning to the forest.

You can’t go there in the day, as the police are still there, if they get you, you will be beaten, or they would take the maize.

My child was traumatised and went into a depression. She was greatly affected when she heard the gunshots, and saw our home being razed down.

The security forces used excessive force to remove people from their homes. They killed and injured people, destroyed property.

The evictees are now living in temporary camps outside the forest.

They receive no assistance, surviving on whatever odd jobs they can do to pay for food.

I now live at Saptet Camp, Sagamian. We now live here without any assistance; without farms.

Movement restrictions in response to Covid-19 have made life and basic food security almost impossible in the camps.

The Kenyan government should relocate evictees to a suitable location, adequately compensate them,  and investigate security forces abuses during the evictions.