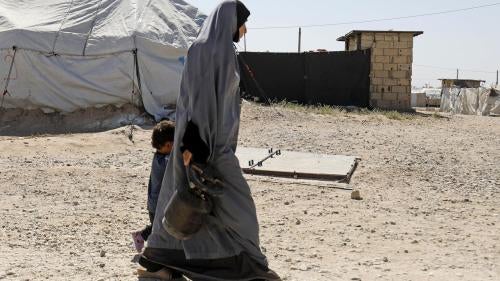 (Tunis, February 12, 2019) – Tunisian officials have been dragging their feet on helping bring home Tunisian children held without charge in foreign camps and prisons for families of Islamic State (also known as ISIS) members, Human Rights Watch said today. Most of the children are held with their mothers, but at least six are orphans.

In rare calls and letters to family members, mothers of the children described living in overcrowded prison cells in Libya or tent camps in northeast Syria with acute shortages of food, clothing, and medicine. Two Tunisia-based family members said the mothers told them that some women and children – they did not say how many – had been beaten by interrogators, sometimes repeatedly, in al-Jawiyyah, a prison in Misrata, Libya, and that some detainees, including children, were severely withdrawn and spoke of wanting to kill themselves.