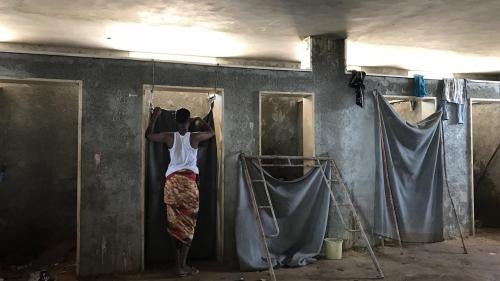 European Union policies contribute to a cycle of extreme abuse against migrants in Libya. The EU and Italy’s support for the Libyan Coast Guard contributes significantly to the interception of migrants and asylum seekers and their subsequent detention in arbitrary, abusive detention in Libya.

Human Rights Watch found violent abuse by guards in four official detention centers in western Libya, including beatings and whippings. Human Rights Watch witnessed large numbers of children, including newborns, detained in grossly unsuitable conditions in three out of the four detention centers. Almost 20 percent of those who reached Europe by sea from Libya in 2018 were children.