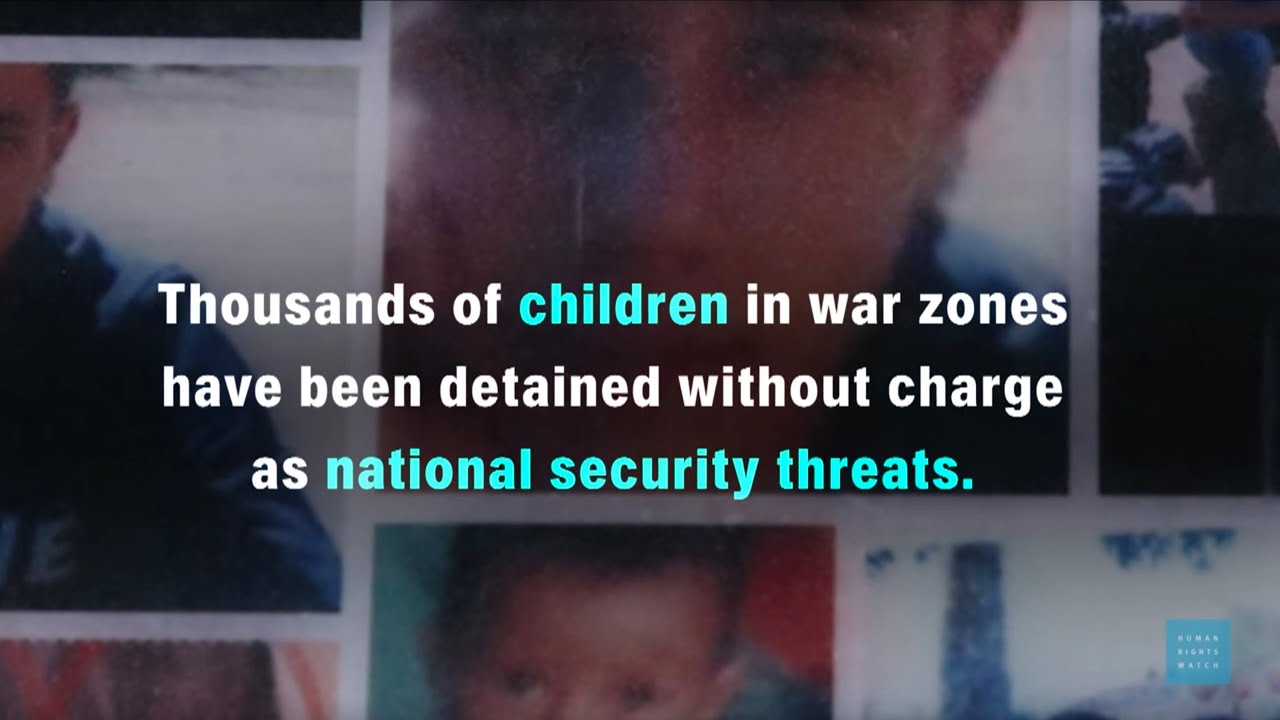 Thousands of children in conflict-affected countries have been detained without charge for months or even years as national security threats. Untold numbers have been tortured or have died in custody. Governments should immediately stop detaining children without charge and appropriately punish those who mistreat them.

In countries such as Afghanistan, Iraq, Nigeria, Somalia, and Syria, the authorities may have hundreds of children in detention at any given time for alleged conflict-related offenses. Many are denied access to lawyers or relatives, or the chance to challenge their detention before a judge. They are often detained under appalling conditions, and confined in overcrowded cells with adults, and with grossly inadequate food and medical care.

Thousands of children in war zones have been detained without charge as national security threats.

Untold numbers have been tortured or have died in custody.

This is just one of their stories.

Since the day they took Ahmad from me, I counted the days.

I used to count them on one piece of paper, then another… every month, every month.

Ahmad al-Musalmani was a 14-year-old boy from Syria.

We his brother Shadi was killed [in a protest], we sent Ahmad to Lebanon, to get him away from the raids and arrests that were bring conducted by security forces.

On August 2nd 2012, Ahmad returned to Syria because his mother had died.

This is the checkpoint.

They made Ahmad and the other young men get out of the car and fill sandbags.

They also took their mobile phones. After about an hour, the officer started shouting, “Who does this mobile belong to?!”

Those young men left, and Ahmad had to stay behind.

This is the room where they took Ahmad.

On the east side of the checkpoint.

They took Ahmad there, and, after that, he disappeared.

A military defector smuggled tens of thousands of photographs out of Syria showing bodies of dead detainees.

Thousands of the photographs were posted online.

I kept looking through the photographs. And I was surprised to find his photo. It was him. His nose, his face…It was him. It was Ahmad with a number. They put a number on him. Ahmad was a soul and he became a number. [crying]

Now this, this was a person that was partially wrapped in a plastic sheet. You can look at his face and his face will tell you that he’s pretty young.

He has this enormous areas of contusion of his upper extremities—both the left forearm, the elbows, and the right arm.

And then as you go down to the lower extremities you see there’s a very significant injuries. And one thing that we consider is possible, they were using some sort of a rounded object—a baton or a pipe. We came to the conclusion that his death was in custody, obviously, and that the underlying cause is blunt force traumatic injury.

Every day. Every day I remember him. Everyday I see him.

God Almighty didn’t give me children, but he was my entire life.