This report documents the economic and social pressures that lead to child marriage, and the devastating consequences of those marriages. Nepal has the third-highest rate of child marriage in Asia, with 37 percent of girls marrying before age 18, and 10 percent before 15, though the minimum age of marriage for both women and men is 20 under Nepali law. An estimated 11 percent of boys marry before 18. Nepal’s government has made some effort to end the practice, but a long-promised national plan has met with delays. 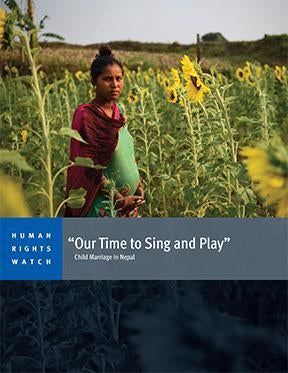