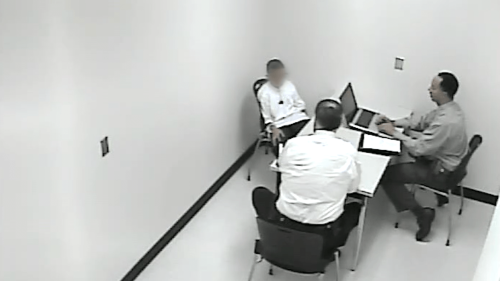 (Sacramento) – California Governor Jerry Brown has signed into law three bills that recognize young people’s vulnerability to abuse and their capacity to grow and mature, Human Rights Watch said today. The bills, signed on October 11, 2017, will protect children in police custody, limit prison terms for youth and young adults, and offer young people a chance to rebuild their lives.

“California is acting on research showing that our brains don’t mature until our mid-20s. These bills will ensure that the state’s youth are protected and given a second chance,” said Elizabeth Calvin, senior children’s rights advocate at Human Rights Watch. “California’s children and youth deserve the hope and real opportunities these new laws will give them.”


Miranda Rights for Youth
Senate Bill 395 (Lara) changes the law so that police cannot interrogate children 15 and under until a child has consulted with an attorney.

Long-established law requires that when police take a person into custody they must advise them of their right to remain silent before their responses to police questioning can be used against them in court (“Miranda warnings”). Until now, children of any age could waive those rights before speaking with a lawyer – even before their parents knew they were in custody. Children, whose brains are still developing, are less able than adults to understand complex legal ideas and the ramifications of submitting to questioning by police.

“Everyone has heard TV cops rattle off Miranda warnings, but in real life, youth don’t understand what those warnings mean,” Calvin said. “They especially don’t understand what can happen to them once they give up those rights. This new law will make sure children aren’t alone when making a crucial, complex legal decision.”

California had allowed a child of any age to be interrogated by the police with no provision for counsel or contact with parents. Children have been allowed to give up their rights without understanding them. In a recent case, a 10-year-old questioned by police said that he thought that the right to remain silent meant the “right to remain calm.”

In its original form, the bill would similarly have applied to 16- and 17-year-olds, who also need this kind of help, but amendments limited the protections to people aged 15 and under. Senate Bill 395 is a step in the right direction, Human Rights Watch said, since California will ensure that young people 15 and under have the same constitutional protections as adults.

Human Rights Watch urged California’s state senate to pass this bill, joining many other children’s rights advocates and experts. The American Academy of Child and Adolescent Psychiatry said that children’s brain development, specifically the area related to reasoning, continues to mature well into early adulthood. Children and adolescents “differ from adults in the way they behave, solve problems, and make decisions,” the academy stated in its letter in support of the bill.

The bill may also help prevent children from falsely confessing to crimes they did not commit, Human Rights Watch said. People under the age of 18 are much more likely than adults to confess to crimes they did not commit. A recent study of exonerations found that 42 percent of exonerated juveniles had falsely confessed, compared with 13 percent of adults.

Assuring Opportunity for Parole for Youth Under Age 18
Brown also signed SB 394 (Lara), which gives people who committed a crime under age 18 and were sentenced to life without parole the chance to earn parole, with a first opportunity for a hearing after 24 years of incarceration. The bill was, in part, a response to the US Supreme Court ruling in Montgomery v. Louisiana, 577 U.S. ___ (2016), requiring states to retroactively provide individualized sentencing that takes in to consideration the reality that young people are less culpable than adults, and that they have a tremendous capacity for growth and maturity. Widely-accepted scientific research and clear jurisprudence support treating young people differently from adults.

With the passage of SB 394, 26 US states still sentence people who committed crimes as children to life in prison with no possibility of parole. “No other country outside the US imposes life without parole sentences on children. By signing SB 394 into law, Governor Brown removes this shameful exception in California,” Calvin said.

Extending Youth Offender Parole
A third bill, AB 1308 (Stone), will extend through age 25 a special parole process known as “Youth Offender Parole.” It applies to a 2013 law that provides a specialized, earlier parole review for inmates through age 22. Neurological and social research show that development continues into the mid-20s in ways that are directly relevant both to criminal culpability and the ability to rehabilitate, Human Rights Watch said.

The Youth Offender Parole process requires the Board of Parole Hearings commissioners to pay particular attention to the factors associated with youth that also reduce a young person’s culpability. Children and young people released under the existing Youth Offender Parole process have low recidivism rates. In the overall population, 36 percent of those released return to prison in the first year, but no one paroled under the youth program has been sent back in year one.

“People who are released under Youth Offender Parole return to prison at extremely low rates,” said Calvin. “Typically, the first year of release is the biggest danger zone, the time when most people get sent back to prison. So far no one released through the Youth Parole process has been sent back in the first year. It makes sense to apply it to young people up to 25.”