The March 6, 2017 order bars entry into the US for 90 days to nationals of six Muslim-majority countries, plus those from a yet-unknown list of countries deemed to provide inadequate information for the US to adjudicate visas and other admissions. Although the new order ostensibly addresses the legal challenges that blocked implementation of the order issued on January 27, it severely weakens the US refugee program and imposes blanket nationality-based bans without demonstrating actual security threats from all nationals of these countries.

“Trump’s new executive order on refugees is just warmed-up gruel,” said Grace Meng, senior US researcher at Human Rights Watch. “In the name of fighting terrorism, the new order will scapegoat refugees and send a message that Muslims are not welcome in the US. It will abandon tens of thousands of refugees who need to be taken out of precarious situations, and cedes US leadership on a vitally important global issue.”

The new executive order cannot escape the statements from Trump as candidate and president indicating the prejudicial intent to bar the entry of Muslims as a religious category. Simply asserting that the present order is “not motivated by animus toward any religion” does not extinguish those statements.

The new executive order suspends entry into the US for six of the seven Muslim-majority countries named in the previous order – Libya, Iran, Somalia, Sudan, Syria, and Yemen – omitting only Iraq. It also calls for the US government to create a list of additional countries that are deemed to provide insufficient information on their nationals to the US for making decisions on whether to grant visas, largely preventing those nationals from obtaining US visas or admission. The new order clarifies that permanent residents, existing visa holders, people already admitted as refugees or granted asylum, and dual citizens can enter the US.

The new order, like the prior order, suspends the entry of refugees from the US refugee resettlement program for 120 days and continues to cut the number of refugees admitted to the US in fiscal year 2017 from 110,000 to 50,000. Although it no longer explicitly singles out Syrian refugees for indefinite suspension, the inclusion of Syrian nationals in the broad entry ban will still exclude many of those most in the need of protection.

The Trump administration has made clear the new order is intended to have the same effects as the January 27 order. As White House adviser Stephen Miller stated on February 21, the new order will “have the same basic policy outcome.”

The revised order exempts people with existing immigrant and non-immigrant visas. It also allows consular officers to issue visas to nationals of the six countries if it is determined that failing to do so would cause them “undue hardship” and they do not present any security risk. These limited exceptions will spare some people from the ban’s worst impacts, but they do not alter the ugly reality the order introduces: the imposition of a harmful and pointless immigration ban on entire nationalities.

At a time when there are more displaced people around the globe than at any time since the end of World War II, the Trump administration’s decision to drastically curtail the US refugee program abandons Washington’s leadership role on this issue. US vetting procedures are already so vigorous that deserving refugees from Syria, Iraq and elsewhere are often excluded, Human Rights Watch said. The order also rejects longstanding bipartisan support for the refugee resettlement program and undermines commitments to US allies such as Jordan and Kenya, which host hundreds of thousands of refugees.

“People come to the US for various reasons – refugees fleeing violence and persecution, skilled workers contributing to the US economy, students obtaining higher education, and families reuniting,” Meng said. “For those affected, this order destroys those opportunities for citizens as well as non-citizens.” 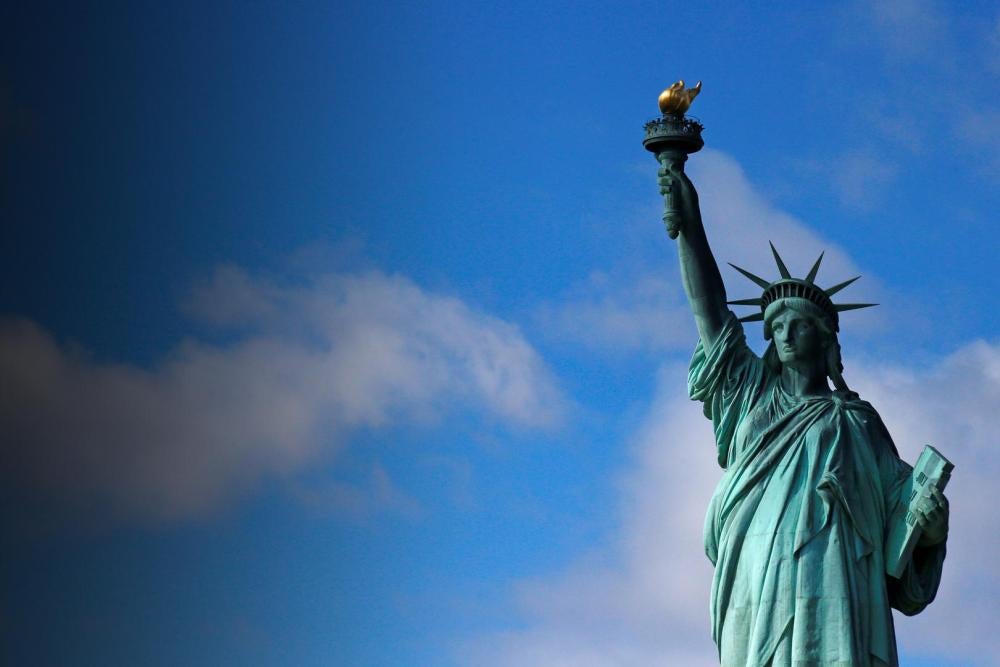 Tell your Senators to oppose the US travel ban.&#13;

TAKE ACTION
The administration asserts that entry bans are needed to prevent terrorism, but the Department of Homeland Security’s own intelligence report found that “country of citizenship is unlikely to be a reliable indicator of potential terrorist activity.” And while the entry bans are temporary, the information-sharing requirements imposed on some countries might effectively result in a permanent ban on certain nationalities, since those countries may not wish or even be able to comply with them.

In particular, it is illogical and unreasonable for the US government to require the foreign government responsible for persecuting a refugee to provide reliable information about them.

“President Trump still seems to believe you can determine who’s a terrorist by knowing what country they come from,” Meng said. “Putting this order into effect will create a false sense of security that genuine steps are being taken to protect Americans from attack, while undermining the standing of the US as a refuge for those at greatest risk.”