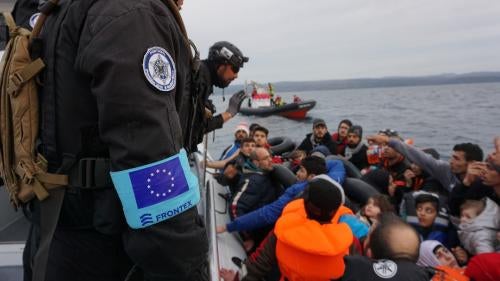 An analysis of the actions of the European Border and Coast Guard Agency, known as Frontex, shows a pattern of failure to credibly investigate or take steps to mitigate abuses against migrants at EU external borders, even in the face of clear evidence of rights violations.

It is obliged to abide by the EU Charter of Fundamental Rights in its operations.

Yet Frontex has repeatedly failed to take action after allegations of human rights abuses have been reported in areas where it is operating.

In Croatia, Frontex continues to operate despite mounting evidence from Human Rights Watch and others of Croatian officials violently expelling migrants into Bosnia.

In Hungary, the agency took no action to halt the abusive treatment of asylum seekers for four years, even though violations were brought to its attention by several international organizations. It only suspended operations after an EU Court ruling.

Frontex should take. concrete action to prevent its own complicity in abuses in the places where it operates or abuses at EU borders will multiply.