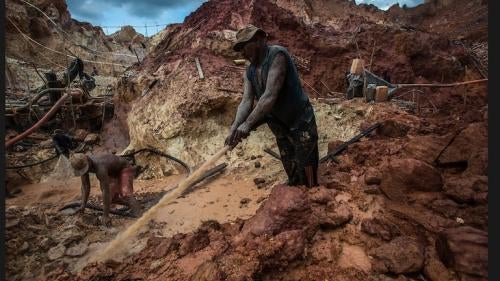 (New York, February 4, 2020) – Residents of Venezuela’s southern Bolívar state are suffering amputations and other horrific abuses at the hands of armed groups, including Venezuelan groups called “syndicates” in the area and Colombian armed groups operating in the region, both of which exercise control over gold mines, Human Rights Watch said today. The armed groups seem to operate largely with government acquiescence, and in some cases government involvement, to maintain tight social control over local populations.

In the mines there’s a group of armed men.

Armed groups are operating illegal gold mines in Venezuela with government acquiescence and at times, involvement.

The various syndicates that control the mines exert strict control over the local populations and are extremely abusive.

I witnessed how they took [off] both of her hands with a machete. He made her put her hands on a log on a tree trunk that was there. First he cut [off] one and told her that it was was so she wouldn't steal anymore, that wrongdoing won’t be tolerated. The woman was screaming and then he cut [off] the other one.

Gold buyers and refineries should make sure Venezuelan gold is not stained with blood.