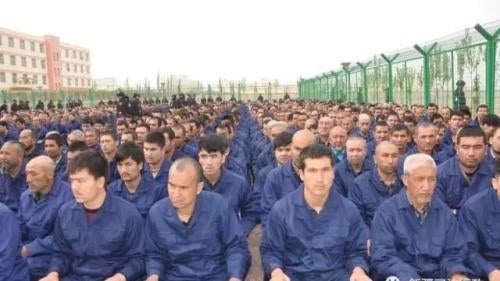 The Chinese government’s mass internment of an estimated one million Turkic Muslims in its Xinjiang region has faced growing concern from an increasing number of countries around the world. But this week, Turkey became a leading voice in support of China’s Muslims, issuing a searing statement calling out the government’s brazen oppression of a cultural and religious minority seen as disloyal to the Chinese Communist Party.

“It is no longer a secret that more than one million Uighur Turks incurring arbitrary arrests are subjected to torture and political brainwashing in internment camps and prisons,” said Hami Aksoy, the spokesperson of Turkey’s Ministry of Foreign Affairs. “The reintroduction of internment camps in the twenty-first century and the policy of systematic assimilation against the Uighur Turks carried out by the authorities of China is a great shame for humanity.”

Ankara should now go beyond statements and use all the diplomatic tools at its disposal. For a start, Turkey could assemble a coalition of countries at the United Nations Human Rights Council in Geneva to seek support for a fact-finding mission for Xinjiang. Establishing the facts on the ground would make it harder for China to continue to pretend that it merely “educates” Turkic Muslims in its archipelago of camps.

As a leading member of the Organization of Islamic Cooperation (OIC), Turkey could also table a resolution condemning the oppression of Uyghurs and other Muslim minorities in China during the upcoming foreign ministers summit in Abu Dhabi, on March 1 and 2.

However, to render Ankara a more effective advocate for Turkic Muslims, it also needs to address its own serious rights violations, including media censorship, mass repression, and jailing of government critics, through misuse of terrorism laws.

Turkey’s statement demonstrated laudable leadership in speaking up for Xinjiang’s Turkic Muslims. It should now follow through with the action needed to end the Chinese government’s sweeping violations against them.