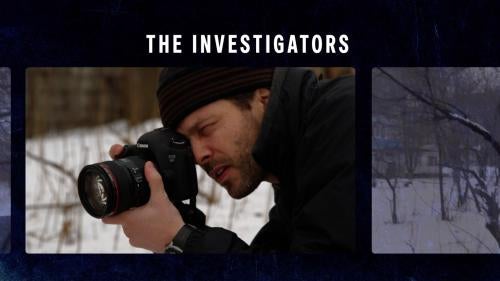 Human Rights Watch is a nonprofit, nongovernmental human rights organization made up of roughly 400 staff members around the globe. Its staff consists of human rights professionals including country experts, lawyers, journalists, and academics of diverse backgrounds and nationalities. Established in 1978, Human Rights Watch is known for its accurate fact-finding, impartial reporting, effective use of media, and targeted advocacy, often in partnership with local human rights groups. Each year, Human Rights Watch publishes more than 100 reports and briefings on human rights conditions in some 90 countries, generating extensive coverage in local and international media. With the leverage this brings, Human Rights Watch meets with governments, the United Nations, regional groups like the African Union and the European Union, financial institutions, and corporations to press for changes in policy and practice that promote human rights and justice around the world.

We were here as this boat arrived with about 60 people,

many families, many young children.

When did you leave Deir Zour [Syria]?

How many days since they’ve had their medicine?

This is a rocket struck in Donetsk, and as you can see in a populated area.

We can’t go to school. We’re afraid of airstrikes.

People were killed there?

The spiritual home of Boko Haram is just a stone’s throw from here.

This school was the very first reported school attack.

In Bangladesh, there is this perfect storm where natural disasters really fuel the cycle of child marriage.

Pretty much every girl we spoke to said that their lives had been destroyed by marrying so young.

These images were smuggled out of Syria by a military defector, code-named “Caesar.”

They are said to be of some of the thousands who have died in government custody there.

Human Rights Watch has now published a report called, “If the Dead Could Speak.”

And in the most gruesome ways.

Can you tell how far away was the person who shot him?

For years, paramilitaries and gangs in Buenaventura have been murdering people and burying them in hidden graves in different areas of the city.

There are 30 people who are currently living in this institution,

We’re here in one of the informal camp settlements for Syrian refugees in the Bekaa Valley.

There are around 200,000 Syrian children who are not getting any education in Lebanon at this stage.

We are the custodian of other people’s voices.

When a victim tells you their story, it is then our responsibility to tell it in a way that has impact.

This is where we hid.

What’s at the heart of our work, is the voice of that victim.

They took Ahmad there and he disappeared.

A lot of the people—they are afraid, they are afraid to speak. But once they realize what we do with their stories they then think to themselves, “If we don’t speak to these people we might never be heard.”

They even follow us to the mountain and kill many people. Men, they kill even the children.

We amplify their voices—the people who would have remained voiceless if we were not telling their stories. And in many cases they have never spoken to anyone else but us.

and then matching the details against other people's stories, building up a group of evidence and forming patterns.

Stand if your father was killed [by ISIS].

Without the pattern, it might not be an abuse it could be just a crime.

But, when you find an abuse over a period of time involving a large number of people and you see that there is a pattern, then there is likely to be a perpetrator that needs to be stopped.

When I get to a site of a violation,

I feel like I’m almost at the site of a crime scene.

I’m trying to piece together what happened.

This is part of a cluster bomb.

We use all the tools that we have.

We have experts on staff who can look at a bomb remnant and tell you exactly what it was, how it works.

We’ve counted about a dozen grad rocket impacts so far.

They’re difficult if not impossible to target precisely. So the moment you start shooting them into a residential area, you are going to have civilian casualties.

When you're trying to prevent violations, time is of the essence. And so, as a human rights organization, we have to bring out information in real time.

Human Rights Watch teams traveled to many areas in Northern Yemen and met with victims.

We have found evidence that ground launched cluster munition rockets have been used in attacks against at least 7 locations in Northern Yemen.

A report from Human Rights Watch paints an even more startling picture. It found that an ongoing water crisis led to 133 advisories being put in place across 89 First Nations Reserves, and it’s creating major health concerns.

Our whole life we have been under a boil-water advisory.

First Nations actually don’t have the same safe drinking water protections on reserve that Canadians have off reserve. They actually live under a different legal regime.

They literally are fleeing for their lives, and they’re fleeing from horrific abuses.

Living in chains. Thousands of Indonesia’s mentally ill kept shackled, some in filthy cells, many for years on end. A shocking new report says it’s an all too common practice.

Tonight we give a voice to the hundreds of women and girls abducted in Nigeria by the militant group Boko Haram. Their ordeal has been brought to light in a shocking new report by Human Rights Watch.

Many stolen from their homes right in the presence of their parents.

Human Rights Watch releases a new report backing up evidence of systematic torture and killings by the Assad regime.

We know exactly that these people died in government detention. We know who detained them and we actually know the bureaucracy of death that was set up.

There is nothing more powerful than bringing researchers to policy makers.

They are able to bring the humanity of these crises back to people in positions of power.

You have to hear the stories of Syria’s victims.

Stories of people who describe living in constant fear of the skies and who wish for bad weather to ward off the helicopters.

We document abuses because there are victims who suffered. Someone’s son, daughter, father, nephew.

If we weren’t documenting the violations, no one would know that they’re happening.

I take my courage from the people.

These people live with fear all their lives.

They have no place to go. I have to tell their story.