Earlier this week, the Canadian Men’s National Soccer team refused to play a friendly match against Panama until their grievances around their contract negotiation with the Canadian Soccer Association were met. The team is asking for fair compensation and financial transparency as a precondition for them to take the field. They also want equitable compensation for both men’s and women’s teams.

For the Canadian team, the first to qualify for the men’s FIFA World Cup since 1986, this was a courageous and unprecedent step. These demands are in line with what other countries have struck between their players and national federations. With the 2022 FIFA World Cup in Qatar mere months away, can the Canadian team stand up not only for themselves but also for others? And will they have the support of their governing body if they do?

In Qatar, the Canadian team will compete in FIFA soccer stadiums built on the backs of migrant workers. Hundreds of thousands of these workers never received financial compensation or any other adequate remedy for the labor abuses they suffered, including preventable injuries, wage theft, exorbitant recruitment fees, and thousands of unexplained migrant worker deaths. Many migrant workers endured abuses for years, as in Qatar it is illegal to join unions or participate in strikes. 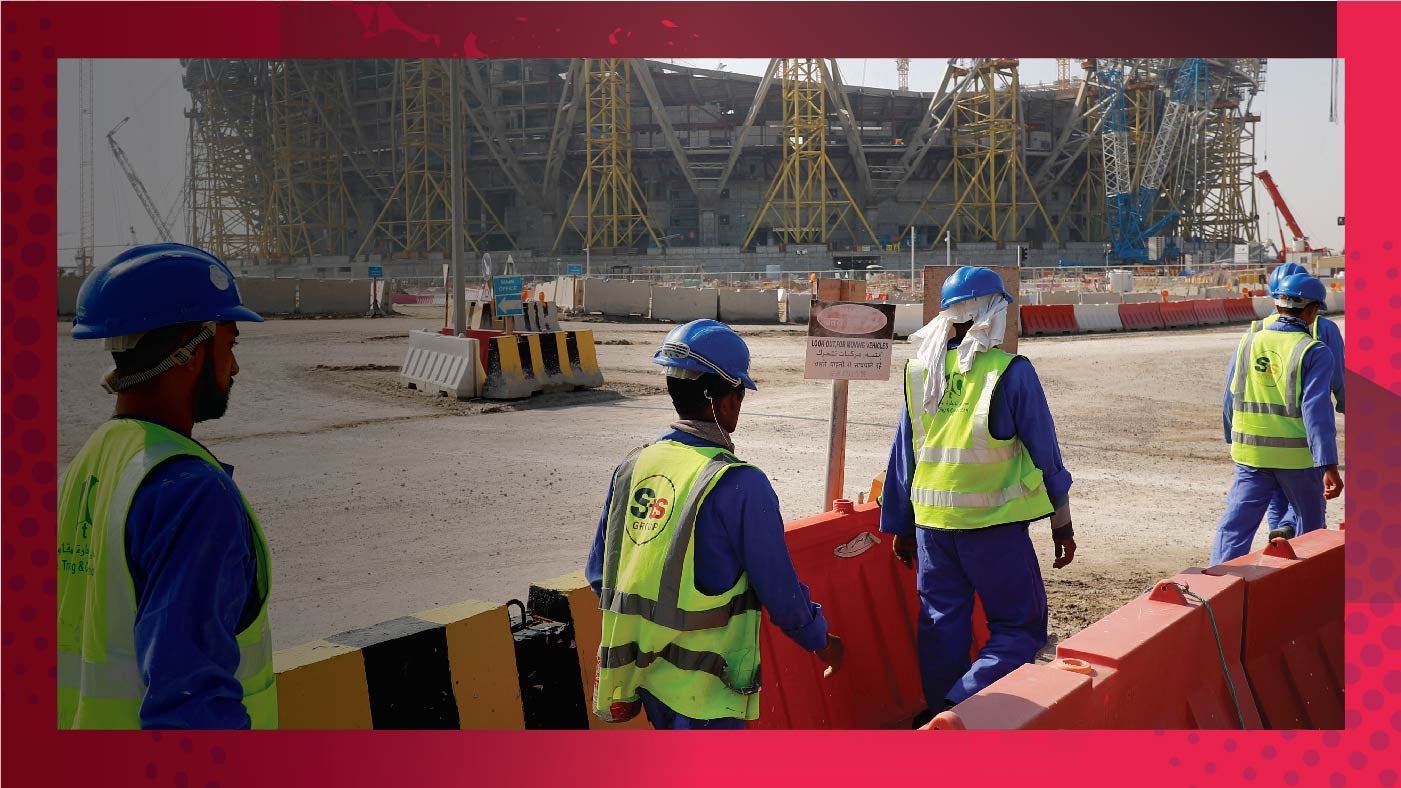 While there is nothing Qatar or FIFA could ever do to make up for the loss of a loved one, financial compensation for their struggling families would provide some financial respite. Our campaign, #PayUpFIFA, sets out how FIFA and Qatar can provide adequate remedy to victims and their families.

Socially conscious players, like the Canadian Men’s National soccer team, with the support of the Canadian Soccer Association, can act in solidarity with migrant workers. They can use their platform and join our call to ensure FIFA and Qatar remedy these human rights abuses. In doing so, they will be lending their voice to workers who have been silenced under an abusive system in which speaking up can lead to arrests, imprisonment, and deportation.

As the Canadian Men’s National Soccer team clearly understands, labor rights are human rights. That’s not just true for the few who are playing in the stadiums but also for the many who made the tournament possible.