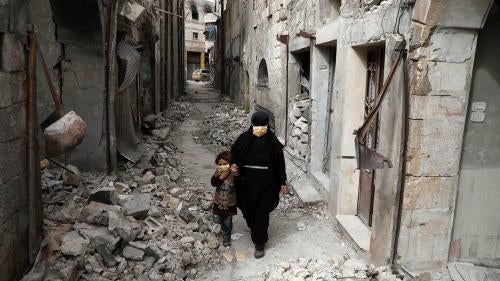 The Syrian and Russian armed forces’ repeated attacks on civilian infrastructure in Idlib in northwest Syria were apparent war crimes and may amount to crimes against humanity, Human Rights Watch said in a report released today. Dozens of unlawful air and ground strikes on hospitals, schools, and markets from April 2019 to March 2020 killed hundreds of civilians. The attacks seriously impaired the rights to health, education, food, water, and shelter, triggering mass displacement.

Human Rights Watch documented 46 air and ground attacks, including the use of cluster munitions, that directly hit or damaged civilian objects and infrastructure in Idlib in violation of the laws of war. The strikes killed at least 224 civilians and wounded 561. These were only a fraction of the total attacks during that time in Idlib and surrounding areas. The offensive displaced 1.4 million people, most in the final months of the operation. 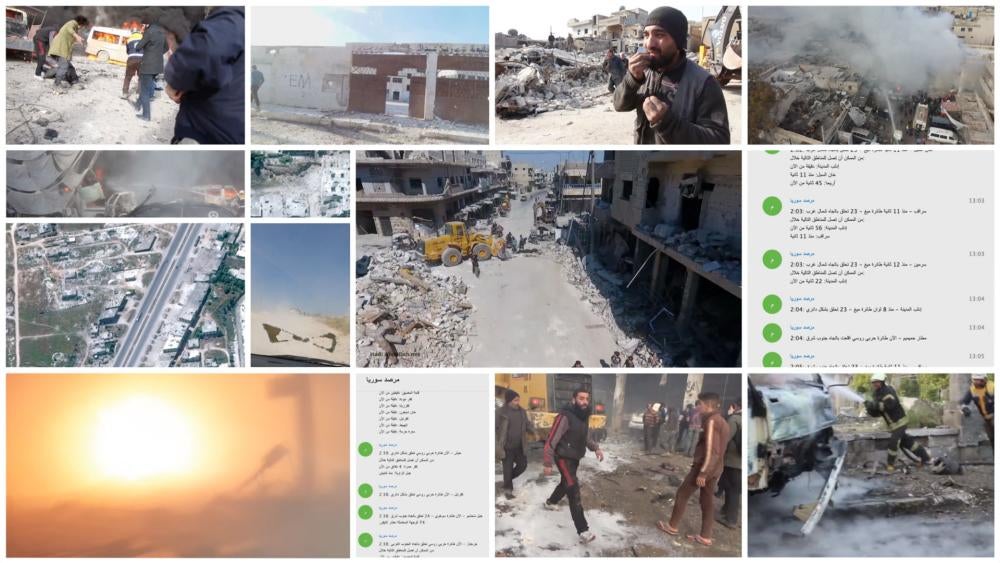 Proving Patterns of Cruelty from Afar

How five researchers exposed the abusive military strategy behind repeated attacks on civilians in northern Syria — without ever visiting the sites. Explore a new interactive feature and learn how we reached the truth.

The documented strikes, most in and around four urban areas – Ariha, Idlib City, Jisr al-Shughour, and Maarat al-Nu’man – damaged 12 healthcare facilities and 10 schools, forcing them to shut down, in some cases permanently. The attacks also damaged at least 5 markets, 4 displaced people’s camps, 4 residential neighborhoods, 2 commercial areas, and a prison, church, stadium, and nongovernmental organization office.

Human Rights Watch found no evidence of military objectives, including personnel or materiel, in the vicinity at the time of any of the attacks, and no residents interviewed knew of any advance warning. The overwhelming majority of attacks were far from active fighting between Syrian government forces and anti-government armed groups.

The repeated attacks on civilian infrastructure in populated areas in which there was no apparent military objective suggests that these unlawful attacks were deliberate. The attacks appear intended to deprive civilians of the means to sustain themselves and to force them to flee, or to instill terror in the population, Human Rights Watch said.

A resident of Idlib City, Ayman Assad, described the impact of the airstrikes: “We are terrified. I don’t feel safe at my place of work, and at the same time I am constantly worried about my family, especially my two children who are going to school every day. Schools, markets, homes, hospitals, everything is a target. They are targeting life in Idlib.”

Most of the attacks documented appeared to involve explosive weapons with wide-area effects in populated areas. The use of such weapons in populated areas can indiscriminately kill and wound large numbers of civilians, and damage and destroy civilian objects and infrastructure. They also have reverberating effects – disrupting essential services, such as health care, education, and access to food and shelter. Long-term impacts include serious psychological harm to the people affected. Warring parties should avoid the use of these weapons in populated areas, Human Rights Watch said.

Prior to a ceasefire in March, government forces regained control of nearly half the territory in and around Idlib, including hundreds of depopulated towns and villages. Since then, some people have returned to areas still controlled by anti-government armed groups, where they found a decimated infrastructure and limited access to food, water, shelter, health care, and education. The Covid-19 pandemic has placed the area’s destroyed healthcare system under immense strain, further imperiling civilians.

German Chancellor Angela Merkel and French President Emmanuel Macron played a key role in getting Turkey, Russia, and Syria to agree to a ceasefire.

International humanitarian law, or the laws of war, requires all warring parties to direct attacks on military objectives, avoid harming civilians or civilian objects, and not carry out attacks that cause indiscriminate or disproportionate civilian harm. Populations also remain protected by international human rights law, including the International Covenant on Economic, Social and Cultural Rights, which protects the rights to health, education, and an adequate standard of living.

Given the deadlock within the United Nations Security Council, the General Assembly should adopt a resolution or statement calling on its member states to impose targeted sanctions on those civilian and military commanders credibly implicated in war crimes, crimes against humanity, or other serious violations committed. Concerned governments should pursue criminal cases under the principle of universal jurisdiction and impose unilateral targeted sanctions against commanders and officials implicated in war crimes, including as a matter of command responsibility.

To address the humanitarian situation, particularly in light of the pandemic, the Security Council should reauthorize cross-border aid deliveries across all three previously authorized border crossings in the northwest and northeast. If the Security Council proves unable to reauthorize cross-border deliveries due to the threat of veto by Russia, the General Assembly should pass a resolution to support the UN continuing cross-border deliveries to areas not under the Syrian government’s control.

“Concerted international efforts are needed to demonstrate that there are consequences for unlawful attacks, to deter future atrocities, and to show that no one can elude accountability for grave crimes because of their rank or position,” Roth said. “As long as impunity reigns, so too will the specter of renewed unlawful attacks and their devastating human toll.”