(New York) – Thailand’s government should immediately release the refugee football player Hakeem al-Araibi and let him return to his wife and team in Australia, Human Rights Watch said today in announcing a campaign for his freedom. Following strong statements on his behalf by the Fédération Internationale de Football Association (FIFA) and the International Olympic Committee, the Bahraini government has accelerated the extradition process to send him back to Bahrain. FIFA’s Statutes and its Human Rights Policy seek to provide protection from abuses for professional players such as al-Araibi.

Since Thai authorities have not responded to the many governments and sports federations that have asked for al-Araibi’s freedom, Human Rights Watch is opening a #SaveHakeem digital campaign encouraging concerned athletes and people around the world to write directly to Prime Minister Prayut Chan-o-cha of Thailand.' 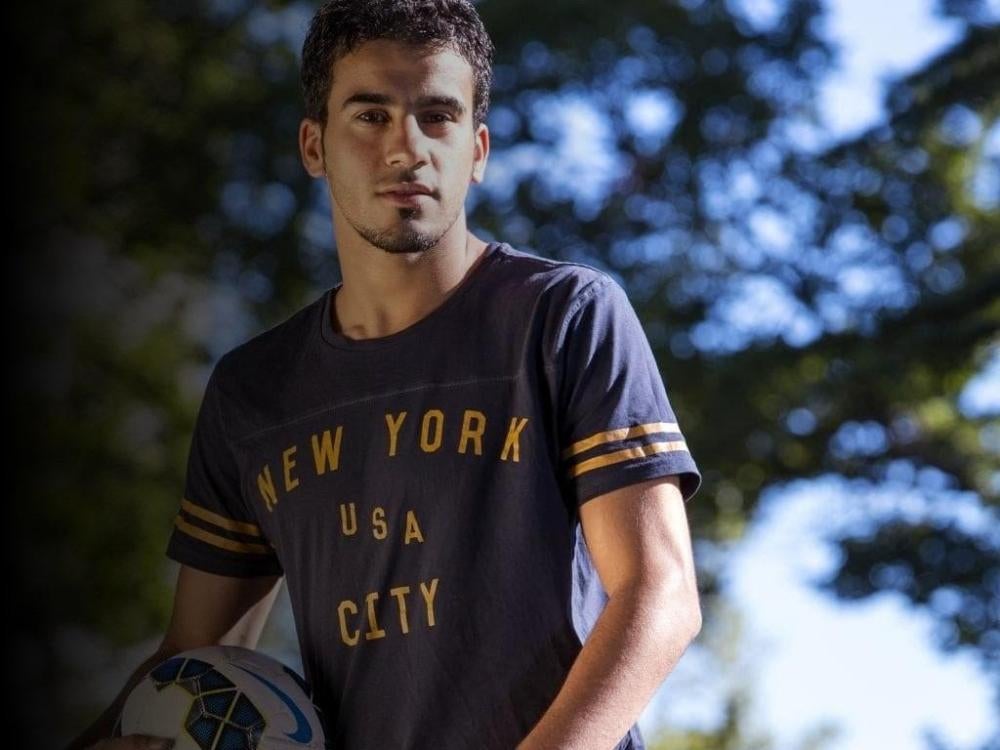 If Hakeem is deported back to Bahrain, he could face imprisonment and even torture. Please join our call and urge Thai authorities to uphold Hakeem’s refugee status and allow him to return to Australia.&#13;

“The footballer Hakeem al-Araibi is a recognized refugee yet Thailand seems to be planning to forcibly return him to Bahrain, where he faces torture or worse,” said Minky Worden, director of global initiatives. “Many athletes, the Australian government, FIFA, and the International Olympic Committee have all demanded his freedom, and Thailand should permit his immediate return to his wife and teammates in Australia.”

Al-Araibi, a Bahraini national who gained refugee status in Australia in 2017, has told Human Rights Watch that: “Bahrain is a state that has no human rights. My life is in danger. FIFA should protect me and all players.”

He was first arrested in Bahrain in 2012, and says he was tortured while in detention, allegedly for his brother’s political activities. In 2014, he was unjustly convicted of vandalizing a police station. At the time of the supposed crime, al-Araibi was playing in a televised football match. He was sentenced in absentia to 10 years in prison and later in 2014 fled to Australia.

Human Rights Watch has extensively documented the widespread torture and ill-treatment of detained activists and dissidents by Bahraini security forces since the 2011 anti-government protests.

Thailand is bound by the customary international law principle of nonrefoulement, which prohibits the return of anyone to a place where they would face a real risk of persecution, torture or other ill-treatment, or a threat to life. In addition, the United Nations Convention against Torture, to which Thailand is a party, prohibits governments from returning or extraditing anyone to a country where there are substantial grounds for believing that they would be in danger of being subjected to torture.

Thai immigration officials detained al-Araibi on November 27, 2018, when he arrived from Australia with his wife at Bangkok’s Suvarnabhumi Airport for their honeymoon. The officials informed al-Araibi that they were acting on an Interpol “Red Notice” issued at Bahrain’s request, and would return him to Bahrain. The Red Notice issued by Bahrain violated Interpol’s policy of prohibiting notices filed by governments against refugees who have fled persecution from the filing country. The Red Notice has since been invalidated.

Al-Araibi is currently a professional football player with Pascoe Vale Football Club in Melbourne. He remains openly critical of the government of Bahrain.

Al-Araibi has also expressed criticism of the current Bahraini president of the Asian Football Confederation, Sheikh Salman Al-Khalifa, who is FIFA Vice President and a member of Bahrain’s ruling family. Al-Araibi has alleged that Sheikh Salman failed to stop the persecution and torture of Bahraini athletes who joined the country’s 2011 protests.

“Sheikh Salman’s senior position within both FIFA and the Bahraini ruling family makes him well-positioned to stop the extradition,” Worden said. “If he cares about his status in Asian football, he should be pressing Thailand to free Hakeem.”

Al-Araibi, speaking to Human Rights Watch from a Thai detention center on December 6, said, “I want to tell [FIFA] President [Gianni] Infantino that he has the power to save my life – and I am asking him to help.”

FIFA has intervened in the al-Araibi case, but should do more. On January 23, 2019, FIFA Secretary General Fatma Samoura wrote a letter to Prayut calling for an urgent “humane outcome” to al-Araibi’s case.

FIFA has recently made numerous institutional reforms to uphold human rights, and should use its leverage to prevent al-Araibi’s forced return to Bahrain.

That leverage includes Thailand’s ambitions to host a future World Cup: Thailand and Indonesia have launched a joint bid to host the 2034 World Cup.

“Thailand has said it is interested in hosting the 2034 World Cup,” Worden said. “According to FIFA’s new bidding requirements, all host countries must report on their human rights climate – and sending a football player to a situation where he faces a real risk of torture would certainly be a black mark on Thailand’s record.”