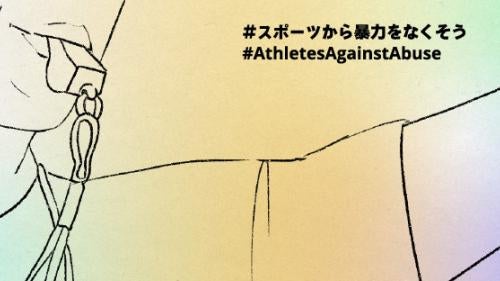 Tsubasa Araya was a gifted 17-year-old high school volleyball player in Japan. In July 2018, he took his life, writing, “Volleyball is the hardest.” As Japan prepares to host the Summer Olympics and Paralympics starting this week, the abuse and suffering many young athletes there face should not be ignored.

Since 2013, there have been a number of suicides of teenage athletes in basketball, volleyball, and table tennis in Japan. All left notes blaming the suffering they endured in sport. Between 1983 and 2021, at least 121 children died during judo training in Japanese schools.

I began researching child abuse in Japan when I noticed the series of teen suicides, as well as beatings of athletes caught on video.

No Japanese athlete should face abuse. Support our athletes and sign our petition.

Human Rights Watch interviewed and surveyed more than 800 former child athletes from Japan for a 2020 report. Athletes from 50 sports described sexual violence, and being beaten, deprived of water, choked, and whipped with whistles or racquets.

Athletes spoke of the “normalization” of these abuses, the lack of systems to report or seek remedies, and the absence of accountability throughout Japanese schools, federations, and elite sports.

Many said they felt that enduring abuse was necessary to achieve success. “I was hit so many times, I can’t count,” said one athlete, referring to his treatment while a child. “The coach told me I was not serious enough with the running in practice, so I was hit in the face in front of everyone. I was bleeding, but he did not stop hitting me.”

Countless children worldwide are being abused in sport, and there aren’t adequate systems in place to stop it.

We have partnered with Japanese athletes, parents, and coaches to launch a petition called “Athletes Against Abuse” to achieve change before another generation of children is traumatized by preventable abuse in sport. The petition is available to sign in English and Japanese.

We are calling on Seiko Hashimoto, minister for the Tokyo Olympics, and Koji Murofushi, commissioner of the Japan Sports Agency, to commit to reforms to ban abuse in sport.

One legacy of this summer’s Olympics should be the creation of a Japan Center for Safe Sport, which would allow athletes to report abuse. The International Olympic Committee needs to adopt its own human rights strategy, adopt a zero tolerance policy for athlete abuse, and stand with athletes who speak out.

Those watching the Olympics and Paralympics can help ensure the path to the podium is no longer paved with abuse.