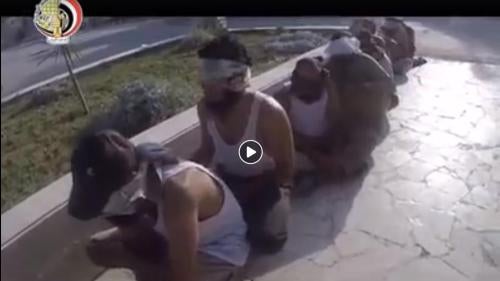 (Beirut) – Egyptian military and police forces in the Sinai Peninsula are committing serious and widespread abuses against civilians, Human Rights Watch said in a report released today. Some of these abuses, part of an ongoing campaign against members of the local ISIS affiliate, the Sinai Province group, amount to war crimes.

The 134-page report, “‘If You Are Afraid for Your Lives, Leave Sinai!’: Egyptian Security Forces and ISIS-Affiliate Abuses in North Sinai,” provides a detailed look into an underreported conflict that has killed and wounded thousands of people – including civilians, militants, and members of the security forces – since fighting escalated in 2013. Human Rights Watch’s two-year investigation documented crimes including mass arbitrary arrests, enforced disappearances, torture, extrajudicial killings, and possibly unlawful air and ground attacks against civilians. While Egyptian military and police forces were responsible for the majority of abuses documented in the report, extremist militants have also committed horrific crimes, including kidnapping and torturing scores of residents, killing some, and extrajudicially executing detained security force members.

“Instead of protecting Sinai residents in their fight against militants, the Egyptian security forces have shown utter contempt to residents’ lives, turning their daily life into a nonstop nightmare of abuses,” said Michael Page, deputy Middle East and North Africa director at Human Rights Watch. “This horrific treatment of Sinai residents should be another wake-up call to countries like the US and France that heedlessly endorse Egypt’s counterterrorism efforts.”

Human Rights Watch interviewed 54 North Sinai residents between 2016 and 2018 for the report, as well as activists, journalists, and other witnesses, including two former army officers, a soldier, a former official who worked in North Sinai, and a former United States national security official who worked on Egypt issues. Human Rights Watch also reviewed scores of official statements, social media posts, media reports, and dozens of satellite images to identify home demolitions and secret military detention facilities. The military has effectively banned independent reporting from North Sinai and has prosecuted and imprisoned several journalists who covered events there.

Human Rights Watch found that hostilities in North Sinai, with sustained fighting between organized forces, have risen to the level of a non-international armed conflict, and that warring sides have violated international laws of war as well as local and international human rights laws.

The targeting and abuse of civilians, as well as the failure to distinguish civilians from combatants by both sides, has obliterated civilians’ basic rights and destroyed meaningful space for peaceful political mobilization or opposition. The abuses have also contributed to the escalating militarization of the conflict and the displacement of residents. 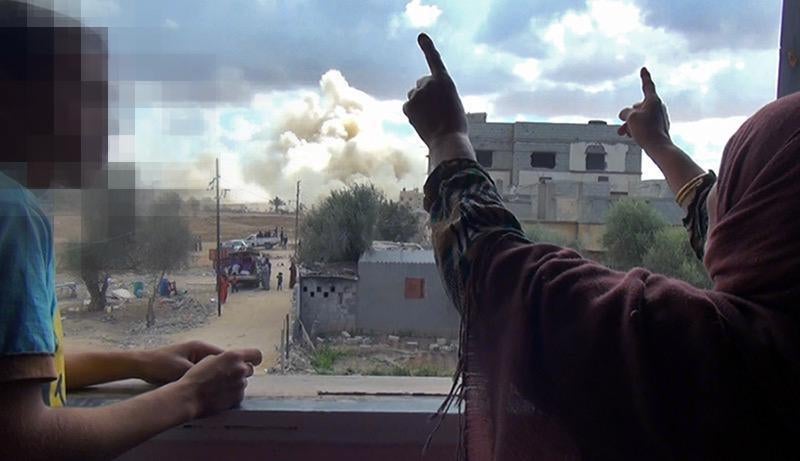 The painful experience that led one North Sinai resident to flee. &#13;

“Why all of this? Should we carry weapons and work with the militants or work with the army or live like victims? Everyone is preying on us,” a resident told Human Rights Watch, describing how the army punished him and destroyed his house after ISIS (also known as Islamic State) militants kidnapped and tortured him.

From January 2014 until June 2018, 3,076 alleged militants and 1,226 military and police personnel were killed in the fighting, according to government statements and media reports. Egyptian authorities have not released civilian casualty figures or publicly acknowledged wrongdoing. Human Rights Watch found that Egyptian authorities frequently counted civilians among the alleged militants killed and that hundreds of civilians have been killed or injured.

Based on military statements and Egyptian media reports, Human Rights Watch concluded that military and police forces in North Sinai arrested more than 12,000 residents from July 2013 until December 2018. The military and the police have officially acknowledged over 7,300 arrests, but rarely released names or charges. Human Rights Watch found that many of those people were arbitrarily arrested and forcibly disappeared, and that some were extrajudicially killed. Thousands of people have probably left the governorate in recent years, either to escape the conflict or after being forcibly evicted by the military.

North Sinai is a sparsely populated governorate with fewer than 500,000 inhabitants that borders Israel and the Gaza Strip. Armed groups have long existed in North Sinai, but attacks against government installations, military forces, and Israeli troops began to rise after the 2011 uprising that led to the resignation of the longtime President Hosni Mubarak.

Violence escalated dramatically after July 2013, when the Egyptian military forced former President Mohamed Morsy out of office and arrested him. A local militant group, Ansar Bayt al-Maqdis, pledged allegiance to ISIS in late 2014, changing its name to Wilayat Sina’ (Sinai Province). In response, the army has deployed over 40,000 troops, including naval, air, and infantry units. Egypt has coordinated these deployments with Israel and has apparently allowed Israel to conduct airstrikes inside Sinai on militants’ targets, media reports said.

In this report, Human Rights Watch documented at least 50 arbitrary arrests, including 39 people who were probably forcibly disappeared by the military or police. Fourteen of them remain disappeared more than three years later.

The army held detainees in isolation and in abysmal conditions, far removed from any judicial oversight. The military and police have detained children as young as 12 alongside adults but have usually detained women separately. At any given time in the past several years, Human Rights Watch found, the army may have been holding up to 1,000 detainees in secret in al-Galaa Military Base, one of three main military detention sites detailed in the report.

The military and police killed some of those secretly detained in the desert without trials, later claiming they had been killed in shootouts. Human Rights Watch documented 14 such cases and previously documented six others.

The Egyptian army has recruited North Sinai residents into militias that have played a substantial role in abuses, Human Rights Watch found. These unofficial irregular militias have helped the military – which lacked significant experience in North Sinai prior to the conflict – by providing intelligence and carrying out missions on the military’s behalf. Militia members use their de-facto powers to arbitrarily arrest residents and settle scores and personal disputes. They have also participated in torture and extrajudicial killings.

Sinai Province, the local ISIS affiliate, has taken root in a small northeastern corner of North Sinai on the Gaza-Israeli border and maintains a presence there, even after six years of sustained fighting. Its militants have committed horrific crimes, interviewees said, including kidnapping scores of residents and members of the military or police and extrajudicially killing some of them.

Sinai Province’s indiscriminate attacks, such as using improvised explosive devices in populated areas, have killed hundreds of civilians and led to the forced displacement of residents. The group has also deliberately attacked civilians. Sinai Province members were probably responsible for a November 2017 attack on the al-Rawda Mosque in North Sinai that killed at least 311 people, including children, the deadliest known attack by a non-state armed group in Egypt’s modern history. In parts of Rafah and Sheikh Zuwayed, two towns in North Sinai, the group established its own Sharia (Islamic law) courts that oversaw unfair “trials,” set up checkpoints, and enforced certain Islamic rules.

The United Nations Human Rights Council and the African Commission for Human and Peoples’ Rights should open independent commissions of inquiry into the abuses in Sinai, given the failure of Egyptian authorities to do so. Egypt’s international partners should immediately halt all security and military assistance until Egypt ends its abuses. War crimes, under international law, can be prosecuted without any time limit, and many states, under the principle of universal jurisdiction, allow individuals to be arrested and prosecuted in their countries for war crimes committed anywhere in the world.

“North Sinai’s ISIS affiliate deserves the global condemnation it has received and full accountability for its heinous abuses, but the army’s campaign, marred with equally serious violations, including war crimes, should also be roundly criticized rather than praised,” Page said. “Egypt’s closest allies should halt their support for an abusive military campaign that has left thousands of civilian victims in its wake.”