(New York) – The Burmese government’s ethnic cleansing of Rohingya Muslims and its repression of the media and aid operations have severely undermined Burma’s transition to democratic rule in 2017, Human Rights Watch said today in its World Report 2018.

The Burmese military’s atrocities in Rakhine State, including summary executions, rape, expulsion, and mass burning of villages, amounted to crimes against humanity and resulted in the deaths of thousands and the displacement of over 650,000 Rohingya to neighboring Bangladesh. Military and civilian officials have repeatedly denied the abuses and provided ludicrous explanations that are contradicted by evidence and witness accounts.

“Burma’s military forces slaughtered villagers, gang raped women and girls, and burned families inside their homes,” said Brad Adams, Asia director. “The world now knows what happened from numerous accounts of the atrocities, medical evidence, and satellite imagery. The government’s false and nonsensical denials only undermine its credibility and hinder efforts to obtain justice for victims.” 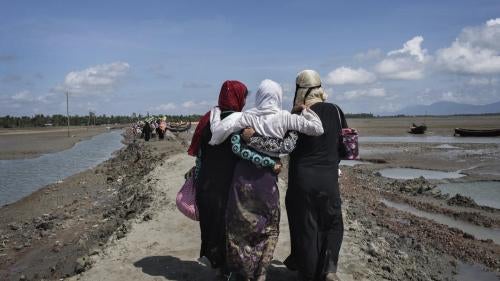 In the 643-page World Report, its 28th edition, Human Rights Watch reviews human rights practices in more than 90 countries. In his introductory essay, Executive Director Kenneth Roth writes that political leaders willing to stand up for human rights principles showed that it is possible to limit authoritarian populist agendas. When combined with mobilized publics and effective multilateral actors, these leaders demonstrated that the rise of anti-rights governments is not inevitable.

Government officials called the military’s actions “clearance operations” directed at ARSA, but satellite imagery and witness accounts demonstrate that the campaign was aimed at driving Rohingya from their homes and destroying their villages. Satellite imagery has revealed that more than 354 primarily Rohingya villages have been either substantially or completely destroyed since late August, at least 118 of them destroyed after September 5 – the date the government announced as the end of military operations. Human Rights Watch and other organizations, the United Nations, and media documented widespread rape and other sexual violence by security forces. 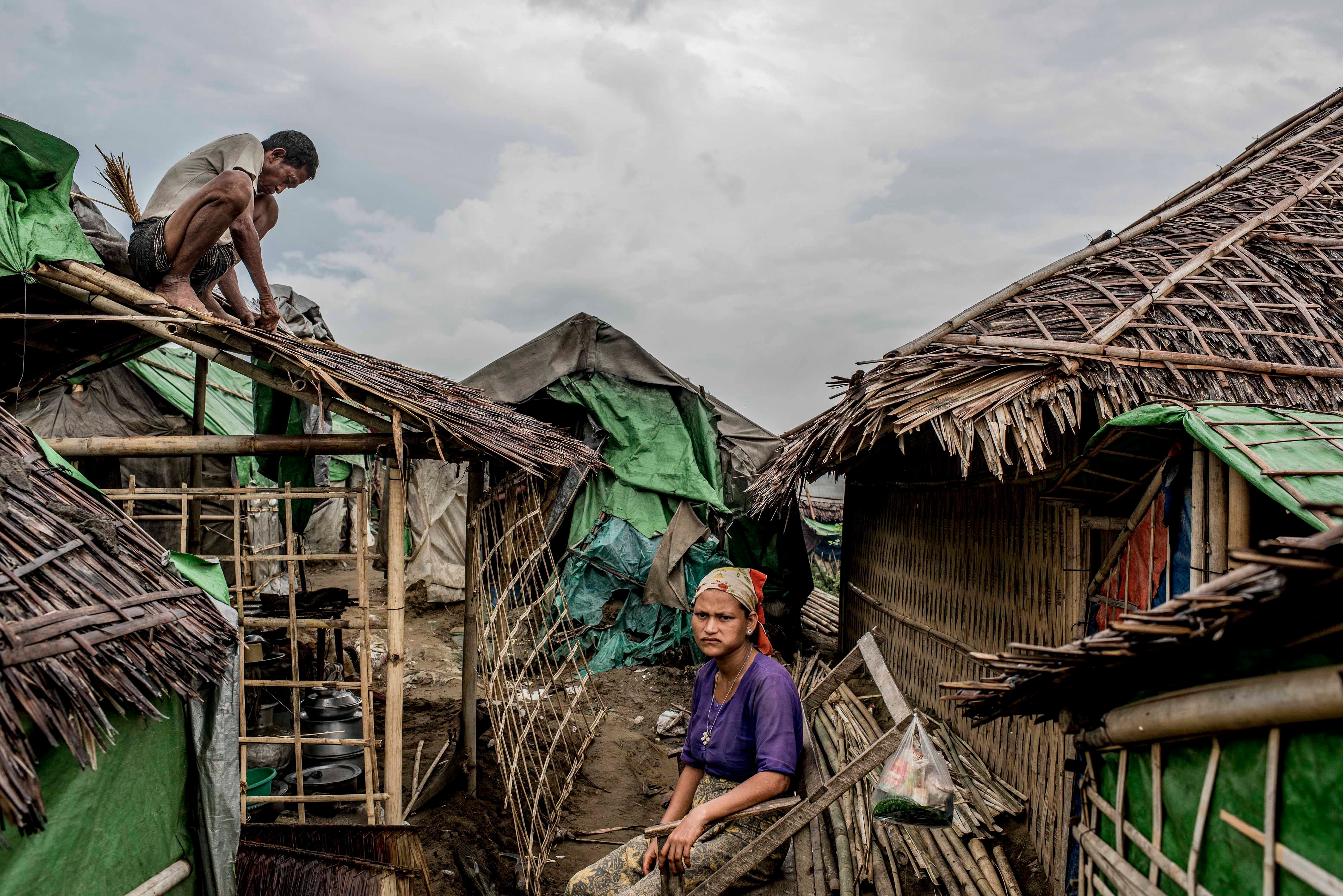 The atrocities committed against the Rohingya, occurring during Burma’s first full year under an elected civilian government led by Aung San Suu Kyi, have led to widespread condemnation, including by the UN Security Council, General Assembly, and Human Rights Council. In October, citing the Rohingya crisis, the World Bank announced it would delay a US$200 million loan, its first direct financial assistance to Burma since the late 1980s.

On December 20, the UN announced that the Burmese government had permanently barred the UN special rapporteur on Burma, Yanghee Lee, from entering the country and would no longer cooperate with her mandate.

The UN Security Council should impose a comprehensive arms embargo and targeted economic and travel restrictions on Burmese military leaders implicated in atrocities. In the absence of UN action, concerned countries should impose bilateral restrictions.

“Resolving the Rohingya crisis is going to take greater international action to ensure that people at risk receive assistance and protection,” Adams said. “More pressure is needed on Burma’s government to allow aid and international monitors into Rakhine State.”

Despite the country’s supposed transition to civilian rule, the military remained the primary power holder in the country. It continued to block efforts to amend the 2008 constitution, by which it retains authority over national security and public administration through control of the defense, home affairs, and border affairs ministries. A constitutional provision allows the military to appoint 25 percent of parliamentary seats, providing a de facto veto over constitutional amendments.

Burma: Letter on Section 66(d) of the Telecommunications Law

The civilian government throughout 2017 condoned or supported the military’s outsize role in governance, and allowed law enforcement authorities to increasingly use repressive laws to prosecute journalists, activists, and critics for peaceful expression deemed critical of the government or military.

Authorities continued to abuse a vaguely worded provision in Burma’s 2013 Telecommunications Act, section 66(d), which essentially criminalizes free speech. More than 90 people have been prosecuted under the provision, including over 20 journalists. In November, police announced a total ban on public assemblies in 11 townships in Rangoon.

The government also used British colonial-era laws to prosecute journalists. In June, officials detained three journalists who had been reporting on an ethnic armed group in northern Shan State under the 1908 Unlawful Associations Act. After major domestic and international outcry, the charges were dropped. In December, officials arrested two Reuters journalists in Rangoon who had been reporting on the Rohingya crisis for allegedly possessing documents relating to security operations in Rakhine State. The two were charged under the 1923 Official Secrets Act and remain detained.