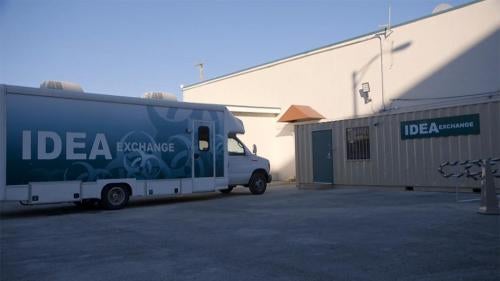 Julia Negron’s house in Venice, Florida is home to her busy family of kids and grandkids. It’s also on the front lines of the state’s overdose epidemic.

Julia, a former heroin user who lost her daughter-in-law to an overdose, started Suncoast Harm Reduction Project to provide overdose prevention and other essential services to people who use drugs in her community. Working beside her are other moms like Jan Spring, whose son Derek died of overdose just two weeks after his 18th birthday. Julia and Jan are working hard, but they know they could be doing much more, and are looking to Florida lawmakers for help.

In 2016, more than 6,000 Floridians died of an opioid overdose, a 35 percent increase from the year before. Governor Rick Scott has declared the opioid crisis a public health emergency, and is promoting numerous bills designed to tighten restrictions on prescription opioids. But overdose deaths from non-prescription opioids are increasing at alarming rates – in Florida, deaths from fentanyl increased 97 percent in 2016.

The Governor should support the one bill that gets to the heart of the public health crisis – SB800/H579, the Infectious Disease Elimination Pilot Programs Act (IDEA) – that would permit Florida counties to establish syringe exchange pilot programs for people who use drugs in their communities.

Syringe exchange programs have a proven record of reducing HIV and Hepatitis C infection, preventing overdose, and bringing people into treatment without raising rates of drug use or crime. One year into its operations, Florida’s only current program, in Miami, has enrolled more than 600 clients, removed 100,000 dirty needles from the streets, conducted hundreds of tests for HIV and Hepatitis C, and linked more than 80 people to treatment. These are frontline public health services desperately needed in many other counties throughout the state.

In a video released today, Julia, Jan, and other advocates say they are ready to go to work saving lives by providing the array of health services offered by syringe exchange programs. By passing the IDEA bill, the legislature can give them the green light to get started.