(New York) – The International Olympic Committee (IOC), in choosing China to host the 2022 Winter Olympics, faces massive challenges in fulfilling its expressed commitment to human rights, Human Rights Watch said today. Beijing’s selection was announced on July 31, 2015, at the 128th IOC Congress in Kuala Lumpur. The only other contender – Kazakhstan – also has a dismal rights record.

“The Olympic motto of ‘higher, faster, and stronger’ is a perfect description of the Chinese government’s assault on civil society: more peaceful activists detained in record time, subject to far harsher treatment,” said Sophie Richardson, China director. “In choosing China to host another Games, the IOC has tripped on a major human rights hurdle.” 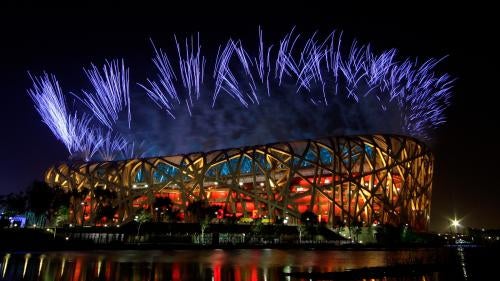 The Olympic Charter requires all hosts to uphold media freedom and identifies “human dignity” as essential to the Olympic movement. In December 2014, in response to international pressure generated by rights abuses in China and Russia as host countries, the IOC adopted reforms known as Olympic Agenda 2020. This includes specific requirements for host cities to ensure labor rights, uphold press freedom, prohibit discrimination on the basis of sexual orientation, and defend “human dignity.”

The IOC Evaluation Commission’s January 2015 report on China notes that the IOC “received assurances” from Chinese authorities on human rights, but failed to provide any detail. The IOC has no human rights monitoring mechanisms in place to measure a host country’s respect for these rules.

The 2008 Summer Olympics was a catalyst for human rights abuses in a country with an already poor rights record. Human Rights Watch documented extensive human rights violations directly linked to the preparation and the hosting of the Games, including massive forced evictions, a surge in the arrest, detention, and harassment of critics of the government, repeated violations of media freedom, and increased political repression.

China’s current rights environment is at its worst in the last two decades. Under President Xi Jinping, the authorities have arbitrarily detained and imprisoned hundreds of activists, and harassed and shuttered several key nongovernmental organizations. The government has renewed efforts to maintain a chokehold on expression on the Internet and in the media, and has promoted greater adherence to “correct ideology” and the supremacy of the Chinese Communist Party. It has drafted or enacted new laws that equate criticisms of the government or Communist Party as threats to state security and set up a new National Security Commission that primarily focuses on maintaining control over society.

“The IOC’s awarding of the 2022 Olympics to China is a slap in the face to China’s besieged human rights activists,” Richardson said. “Over the next seven years, the IOC has enormous work to do in China to win the credibility on human rights that will ensure a successful Olympics.”