Ben & Jerry’s, the popular Vermont-based ice cream company, announced earlier this week that it will stop selling its products to Israeli settlements in the occupied West Bank. Activists have long called on companies to stop doing business in Israeli settlements, which violate international law. Ben & Jerry’s decision is the latest indication of growing U.S. public understanding that the Israeli government is violating Palestinian rights, and that Americans should avoid complicity in those abuses.

The Israeli military has occupied the West Bank, including East Jerusalem, and Gaza since the war in 1967. Over the past 54 years, the Israeli government has settled more than 660,000 Israeli civilians in the West Bank, home to more than 3 million Palestinians. To create and expand settlements, Israeli authorities seize Palestinian land, give it to Israelis and physically separate it from the rest of the West Bank, forcibly displacing Palestinians and severely restricting their freedom of movement. Palestinians are barred from entering settlements, except as workers bearing hard-to-get and temporary labor permits. Businesses operating in settlements inherently contribute to these abuses, because business activity helps sustain the settlements and takes place under discriminatory conditions.

Crimes Against Humanity Should Trigger Action to End Repression of Palestinians 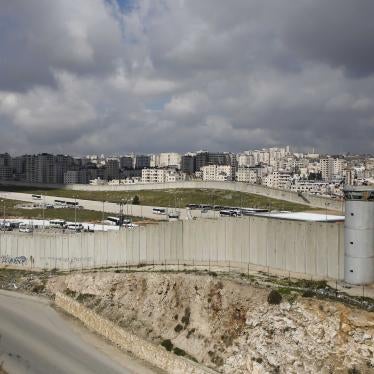 For decades, the U.S. government has downplayed the harm that Israeli settlements have caused Palestinians, insisting that their status would be resolved through a U.S.-brokered political solution that would end the so-called “conflict” between Israelis and Palestinians. Framing Israeli control over Palestinians as a conflict between two parties or two peoples distorts the reality on the ground: The Israeli government is exercising authority over nearly 7 million Jews and nearly 7 million Palestinians in Israel, the West Bank and Gaza, and it is methodically privileging Jewish Israelis while repressing Palestinians, most severely in the West Bank and Gaza.

But increasing numbers of Americans—including many fans of Chunky Monkey ice cream—have become less willing to accept persistent and severe human rights abuses as an unfortunate but unavoidable byproduct of the long-moribund “peace process.” More and more celebrities, writers and members of Congress consider Israel’s discriminatory rule over millions of Palestinians not as a “conflict” whose resolution awaits the outcome of fruitless U.S.-backed negotiations, but rather as the crime of apartheid, to be ended by respecting the human rights of Israelis and Palestinians on an equal basis, no matter what political arrangement exists or is created.

A recent poll by the Jewish Electoral Institute found that a quarter of American Jews believe the Israeli government is committing apartheid, and 59 percent support restrictions on U.S. military assistance to Israel, to avoid funding settlements. Americans struggling for racial justice at home have forged ties of solidarity with Palestinian activists based on a shared vision of equal rights.

Even Secretary of State Antony Blinken has said that Israelis and Palestinians “alike deserve equal measures of security, freedom, opportunity and dignity.” In May, for the first time ever, members of both the House and Senate initiated resolutions to block U.S. weapons sales to the Israeli government, on human rights grounds. Although the resolutions did not succeed, they represented a sea change in Washington’s hitherto unquestioned support for arming the Israeli government.

Human Rights Watch determined in a major report released in April that Israeli authorities are committing the crimes against humanity of apartheid and persecution, as defined under international law. An overarching Israeli government policy maintains the domination by Jewish Israelis over Palestinians, while the Israeli authorities commit grave abuses against Palestinians living in the occupied West Bank and Gaza. A wide range of legal experts, human rights groups and others have asked governments, including the United States, to recognize this reality and to adjust their foreign policies accordingly.

While President Joe Biden has distanced himself from the Trump administration’s recognition of Israeli settlements, he has reverted to long-standing U.S. policies that fuel violations of Palestinian rights. Under the Biden administration, the United States has defaulted to providing the Israeli government with $3.8 billion annually in sophisticated weapons with few safeguards against their abuse. His administration even proceeded with a sale of $735 million of precision-guided munitions in May, just as the Israeli military was using those kinds of weapons to level multistory buildings that housed homes and businesses in Gaza, including the bureau of an American news agency, the Associated Press.

The Biden administration, like those before it, is also continuing to thwart any resolutions at the United Nations Security Council that condemn Israeli activities in the West Bank and Gaza. And the U.S. is still facilitating American investment in Israeli settlements as well, through tax benefits for donations to settlements and preferential trade terms for products made in settlements.

Although the Biden administration refuses to acknowledge that American business activity in Israeli settlements contributes to serious violations of human rights, Ben & Jerry’s drew its own conclusions. Citing concerns expressed by stakeholders, the company announced that selling ice cream in the settlements was inconsistent with its values, and that it would end sales by the end of 2022. While the company’s statement referred generally to sales in the “Occupied Palestinian Territory,” Ben & Jerry’s board chair, Anuradha Mittal, clarified that the announcement followed a July 2020 board resolution to end sales of Ben & Jerry’s products in Israeli settlements.

The Israeli government immediately attacked its decision. Prime Minister Naftali Bennett said he called the head of Unilever, which owns Ben & Jerry’s, threatening aggressive action. The Israeli Foreign Ministry said it contacted the governors of the 31 U.S. states that have laws or executive orders penalizing companies for boycotting Israel or Israeli settlements and asked them to take action against Ben & Jerry’s—an iconic American company. Authorities in Texas said they were assessing whether to add Ben & Jerry’s or Unilever to a list of companies barred from state contracts or state investment. Some Jewish groups announced their own boycott of Ben & Jerry’s, and a New York-based supermarket chain said it would downgrade its marketing of Ben & Jerry’s products.

The Israeli government and its supporters are following the playbook they used in 2018, the last time a major U.S. company announced it would pull out of Israeli settlements. Following a lawsuit in a U.S. court and enormous pressure from the Israeli Foreign Ministry, Airbnb reversed a decision to stop listing rental homes in Israeli settlements in the West Bank, including homes built on privately owned Palestinian land taken over by Israeli settlers.

But the emerging rights-based discourse in the U.S., together with the ugliness of being associated with settlements, will make it harder this time for the Israeli government to push Ben & Jerry’s to back track. The legal status of Israeli settlements is clear: They violate the Fourth Geneva Convention of 1949, which prohibits the occupying power from transferring its civilians to occupied territory. The settlements contribute to serious human rights abuses in the West Bank, and they amount to a war crime under the Rome Statute of the International Criminal Court.

The U.S. government should take a cue from the Vermont ice cream maker and assume responsibility for its involvement in Israeli government abuses, in line with its own international human rights obligations. It should issue law-based guidance warning U.S. companies of the implications of doing business in Israeli settlements, as it does in other places, like China’s Xinjiang region, where business activity would put American firms at risk of complicity in serious human rights abuses.

The Biden administration should also end U.S. subsidies for charitable donations to settlements and exclude settlement goods from favorable trade agreements applied to Israeli products. And it should implement the recommendations made by human rights groups to condition military and security assistance to the Israeli government on concrete and verifiable steps to end the crimes of apartheid and persecution, of which settlements are a central element. Blinken has a chance to show that his stated commitment to “equal measures of security, freedom, opportunity and dignity” for Israelis and Palestinians is not just rhetoric but rather U.S. policy. 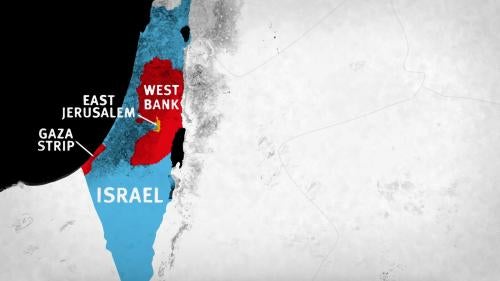