Stella (not her real name) had worked in Mukono as a waitress for about a year and a half and came to the Uganda Association of Women Lawyers (FIDA Uganda) in 2019 to seek help because her supervisor was harassing her. What began as “uncomfortable comments” about her hips turned into demands to touch and have sex with her.

High unemployment levels raise the cost of speaking up. Stella’s supervisor made it a habit to remind her that she was replaceable and that many others would jump to take her job.

Frustratingly, gaps in the law meant that the lawyers at FIDA could do little to help her. Her workplace had fewer than 25 employees, meaning that her employer was not required by law to have a sexual harassment policy, or designated personnel to handle sexual harassment complaints. The prevailing workplace culture meant she and other young employees referred to her supervisor as “uncle.”

Workplace protections shouldn’t be contingent on how many people work there: everyone deserves to work in safety and dignity. But without protection from sexual harassment many Ugandans, especially girls and women, are at risk of sexual harassment and other forms of violence.

On 25 June, a groundbreaking treaty that sets international legal standards for preventing and responding to violence and harassment at work will come into effect under international law.  This treaty—the International Labour Organization (ILO) Violence and Harassment Convention, or C190—contains important legal advances that push governments to ensure that people like Stella can find protection and justice from gender-based violence at work. 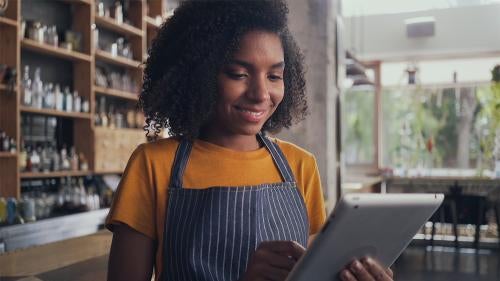 In 2018 and 2019 global negotiations in Geneva, Uganda played a leadership role, along with Namibia, in the voting bloc of African countries to support strong protections in the treaty grounded in human rights. Uganda and Namibia spoke up to ensure that the treaty would cover informal sector workers, such as domestic workers and street vendors, who are often at heightened risk of violence and harassment, but have the fewest protections.

They also advocated protecting workers from violence and harassment by third parties, such as patients and their relatives for health workers. This protection has become especially important for front-line workers in the context of the Covid-19 global pandemic and the current lockdown.

Alongside other governments, Uganda and Namibia supported treaty provisions that recognize that violence and harassment go beyond the physical workplace and can take place while someone is on the way to work or during offsite work events. This landmark treaty covers workers, trainees, workers whose employment has been terminated, volunteers, and job applicants, among others.

#MeToo in Africa - Governments Urged to Enact Protections They Fought For 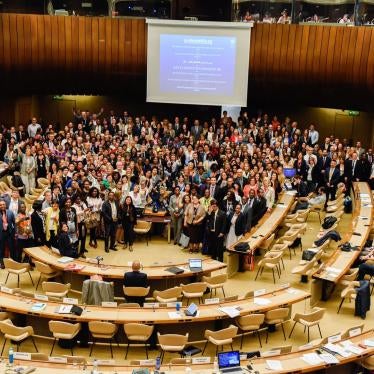 It is laudable that the government of Uganda spoke up in favor of these protections on the global stage—but it should also act at home. Namibia was the first African country to ratify the treaty, and Somalia has followed suit. But movement to adopt the treaty has stalled in Uganda.

For Uganda to gain a place at the forefront of the movement against gender-based violence and harassment at work, the government should ratify C190 and incorporate it into national law. This includes updating national laws and policies for an integrated, inclusive, and gender-responsive approach that emphasizes both prevention and response.

President Yoweri Museveni should start by approving the Employment (Amendment) Bill, 2019 which expands labor protections to domestic workers and other informal sector workers. It also strengthens the scope of protection against sexual harassment to include private or public sectors, formal or informal, and urban or rural, and recognizes that these abuses can occur in the workplace, work-related events, commutes, and employer-provided accommodations.

Second, President Museveni should reject the Sexual Offences Bill 2019, passed by the Parliament last month, which, in addition to harmfully criminalizing consensual same-sex conduct and sex work, also missed opportunities to bring protections against sexual harassment at work in line with the treaty. He should instruct Parliament to present a revised bill grounded in international standards, and, for example expanding the scope of sexual harassment protections to informal sector workers.

Third, relevant ministries should work together to address gaps in the Employment (Sexual Harassment) Regulations 2012 by expanding definitions of sexual harassment in line with C190 to reflect the full range of unacceptable behaviors directed at a person because of their sex or gender. These regulations should apply to all employers regardless of the number of employees, and include measures geared at prevention and support for survivors.

From June 30-July 2, governments will meet in Paris to pledge their support to a ten-year agenda to accelerate progress on gender equality at the Generation Equality Forum. Governments are being asked to make specific commitments.

Uganda should make a public commitment to ratify the treaty and make related national reforms.

Women and girls, like Stella, whether restaurant workers, street vendors and domestic workers or parliamentarians and office workers, should not have to wait any longer to feel safe at work.