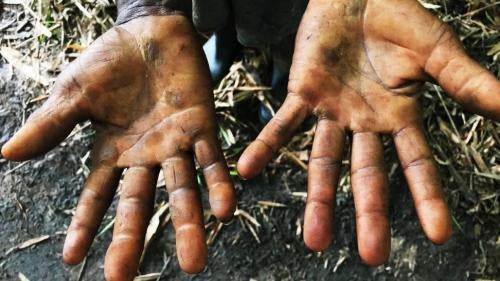 A United Kingdom development bank, CDC Group, has taken another step toward addressing human rights abuses at oil palm plantations in the Democratic Republic of Congo. In May, the bank committed to reforming its complaints mechanism and adopting a human rights policy – recommendations Human Rights Watch made in a 2019 report detailing abuses against workers and communities.

This is an important step toward greater accountability and transparency in UK aid funding, but much more needs to be done.

CDC Group is one of the European development banks financing Feronia, which operates a palm oil company in Congo. The company employs more than 10,000 workers and its plantations are home to more than 100,000 people. In its report “A Dirty Investment,” Human Rights Watch found that among other serious abuses, the company exposes workers to toxic pesticides, which has resulted in health problems, and paid workers wages so low that they struggled to feed their families. The company’s factory in Yaligimba, Mongala province, also polluted the only source of drinking water for the community.

Development banks have substantial leverage over the projects they fund. Immediately upon release of the report, four of the banks invested in the palm oil venture, including CDC Group, told Human Rights Watch they would take measures to address the abuses, including tackling labor rights violations and wage parity gaps, addressing villagers’ concerns around water contamination, and acting to protect the health of laborers who spray pesticides.

It was always the CDC Group’s obligation, as a UK government-owned investor, to prevent and remedy abuses, but their monitoring and accountability plans failed, allowing abuses to persist.

State-owned banks, like CDC Group and the other three European banks that invested in the palm oil venture, have an obligation to uphold international human rights law and to protect not just the rights of workers in Congo, but those of people affected by the more than 2,000 projects the banks are involved in across the developing world.

CDC Group’s expressed willingness to improve conditions on Congo’s oil palm plantations should also include a commitment to tackle its oversight failures. And the UK Parliament’s International Development Committee should ensure that CDC Group moves forward with reforms to become more transparent, accountable, and rights-respecting.