The Saudi authorities’ apparent brazen crime of disappearing and potentially murdering Saudi journalist and critic Jamal Khashoggi, not seen since entering Istanbul’s Saudi consulate on October 2, has surprised even those used to following Saudi Arabia’s atrocious rights record. But the abusive bent of the government under Crown Prince and de facto leader Mohammad bin Salman at home, and in its neighbour Yemen, was clear well before the Khashoggi affair. 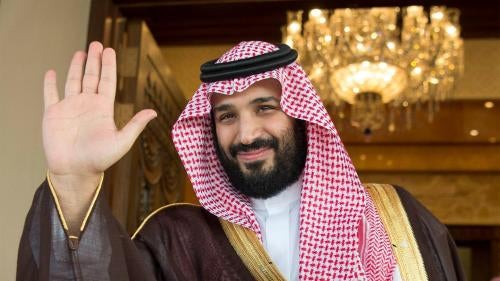 Despite bin Salman’s ambitious reform rhetoric, repression and human rights violations have increased in the kingdom under his leadership. The crown prince has ramped up the crackdown on criticism and opposition, including arrests, prosecutions, and convictions of peaceful dissidents and human rights advocates.

Despite this, the UK government rolled out the red carpet for the Saudi crown prince last March, and Prime Minister Theresa May told the House of Commons that the UK’s link with Saudi Arabia is historic, important, and “has saved the lives of potentially hundreds of people in the country.”

May didn’t mention that this “link” has had devastating consequences in Yemen. The UK supports the Saudi-led coalition, having sold at least £4.6 billion in arms to Saudi Arabia since the conflict began in 2015.

Evidence continues to mount of the coalition’s repeated violations of the laws of war in Yemen, some of which may amount to war crimes, which keep killing Yemeni civilians.  The United Nations has called on the coalition to end these violations, which are exacerbating the world’s worst humanitarian crisis. Some 12 to 13 million people in Yemen face starvation, according to the UN.

Despite this, the UK government still refuses to call out the coalition over its violations in Yemen. Its decision to keep selling arms to Saudi Arabia, despite the risk that they could be used unlawfully, is being challenged in court. This week, UK Foreign Secretary Jeremy Hunt joined his French and German counterparts in expressing “grave concern” over Saudi Arabia’s likely role in Khashoggi’s disappearance.

Yet he failed to say anything about revisiting the UK’s wider relationship with Saudi Arabia. Which begs the question, when will the UK finally send the critical message to bin Salman and stop selling arms to Saudi Arabia?