(Berlin) – FIFA should call on the Kremlin to secure the unconditional release of a Chechen human rights defender before the start of the 2018 World Cup championship, Human Rights Watch said today. The tournament, which Russia is hosting, starts June 14. Grozny, Chechnya’s capital, is slated to be the home base for Egypt’s national team during the tournament, making Chechnya part of FIFA’s World Cup operations.

The defender, Oyub Titiev, 60, is Grozny director for Memorial, Russia’s leading human rights group. Titiev has been in jail since his arrest on January 9 on bogus marijuana possession charges. The fabricated case against him seems to be part of an effort by Chechen authorities to shut Memorial out of the region. Memorial is the only rights group remaining on the ground in Chechnya, and its departure would leave victims of human rights abuses with no local recourse. If convicted, Titiev faces a maximum 10-year prison sentence. On May 3, Chechnya’s Supreme Court will review Titiev’s appeal against the extension of his pre-trial custody.

“To its credit, FIFA recently adopted human rights policies to guide its operations” said Rachel Denber, deputy Europe and Central Asia director at Human Rights Watch. “Now, just a few weeks before the World Cup starts, it’s game time. Oyub Titiev’s freedom is on the line, and FIFA should make full use of its leverage, at the highest levels.”

FIFA authorized a World Cup 2018 training camp in Chechnya, and Egypt’s national football team, a World Cup finalist, selected Grozny for its base out of dozens of options. The base camp serves as a team’s headquarters for the duration of the tournament, and is where “teams stay and train between matches.” 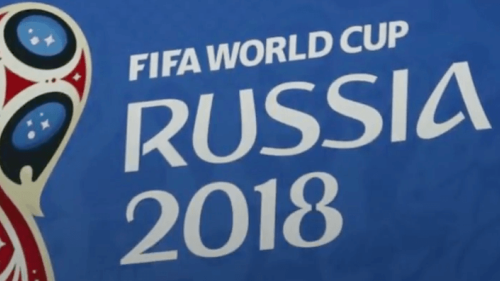 In a February 2018 letter to FIFA President Gianni Infantino, Human Rights Watch urged FIFA to intervene directly with Russian President Vladimir Putin to call for Titiev’s release. The letter described the dire human rights situation in Chechnya, with Chechen’s leadership brutally suppressing even the mildest dissent, driving human rights defenders and independent journalists out of the region. On April 26, twelve Russian and international groups, including Human Rights Watch, also sent a letter to FIFA with the same call.

Under its Human Rights Policy, adopted in 2017, FIFA committed to “go beyond its responsibility to respect human rights” including by taking “measures to promote the protection of human rights and positively contribute to their enjoyment, especially where it is able to apply effective leverage.” One point of this policy states that “where the freedoms of human rights defenders … are at risk, FIFA will take adequate measures for their protection, including by using its leverage with the relevant authorities.”

Chechnya is ruled by Ramzan Kadyrov, whose patron is Putin. Kadyrov has repeatedly threatened and smeared human rights defenders, calling them traitors, snitches, and worse. In 2008, Kadyrov personally threatened Natalya Estimirova, Memorial’s lead researcher in Chechnya. In July 2009, Estimirova was kidnapped in Grozny and murdered. After her murder, Titiev took over leading Memorial in Chechnya.

The case against Titiev is politically motivated, Human Rights Watch said. In December 2017, Instagram closed Kadyrov’s account – which had more than 3 million followers and which he used widely – presumably pursuant to US human rights sanctions against him. Titiev’s arrest came two weeks later. The day after Titiev’s arrest, police raided his home looking for his brother and son. On January 17, masked arsonists set fire to Memorial’s office in neighboring Ingushetia, which senior Memorial staff, who had flown from Moscow to work on Titiev’s case, had been using as a base. No one was injured, but most of the office was destroyed. On January 22, arsonists set fire to an automobile belonging to a Memorial local driver, which had been used by one of Titiev’s lawyers. The next day, Memorial received text messages ordering them to stop their work, lest the office be burned with the team members in it.

“Chechnya has become a human rights wasteland, yet FIFA chose to make the region part of its operations in Russia,” Denber said. “Now FIFA has the chance to do something positive, by helping secure Titiev’s freedom and helping end the attack on Memorial.