Just hours after Human Rights Watch released an 82-page report on secret detentions and enforced disappearances in Bangladesh, Home Minister Asaduzzaman Khan claimed it was a “smear campaign.” Callously ignoring victims’ families who are desperately waiting for answers, he told local media: “Whom will you say disappeared? Many businessmen went into hiding failing to repay their loans in this country. Some people went missing after developing extramarital relationship.”

Under international law, a “disappeared person” is someone held (or last seen) in the custody of agents of the state, followed by a refusal to acknowledge the deprivation of liberty or whereabouts of the person, which places them outside the protection of the law. 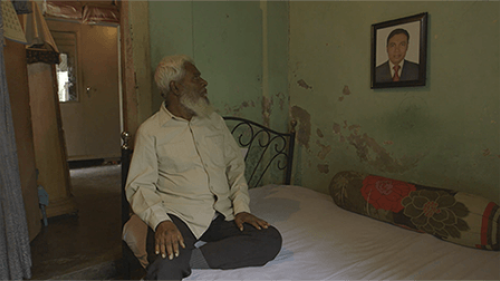 Human Rights Watch has produced a detailed analysis of cases where individuals were picked up, often in front of witnesses or family members, by security forces who identified themselves as members of the Rapid Action Battalion (RAB), Detective Branch (DB), or the “administration.” When these people were not produced in court within 24 hours, as required under Bangladeshi law, family members repeatedly approached police and other officials, who denied the person was detained. While many of these men were eventually produced in court, after a period of weeks or months of illegal detention, others were released with warnings to stay silent. Several were later found killed in so-called gunfights or “cross-fire,” and scores remain “disappeared.”

Instead of committing to investigate these incidents, Khan declared his government will “reject the report outright.” As head of the ministry responsible for internal security, Khan claimed the United Nations had never mentioned enforced disappearances. In fact, like the detailed letters sent by Human Rights Watch requesting comment on these abuses, the Bangladesh government has ignored repeated queries from the UN Working Group on Enforced or Involuntary Disappearances. The Human Rights Committee has also issued stern warnings.

The prime minister, Sheikh Hasina Wazed, while in opposition, repeatedly highlighted human rights violations and promised an end once she gained office. Now nearing the end of its second consecutive term, her Awami League government is not just echoing its abusive predecessors, but its security forces are secretly detaining and disappearing its political opponents and critics, as well as others it deems to be criminals. Party leader Hasan Mahmud accused Human Rights Watch of bias, ignoring previous work condemning opposition violence and its work on the United States. Bangladesh can and should do better.