In a major victory for lesbian, gay, bisexual, and transgender (LGBT) students, Utah has repealed its “no promo homo” law restricting discussions of homosexuality in schools. 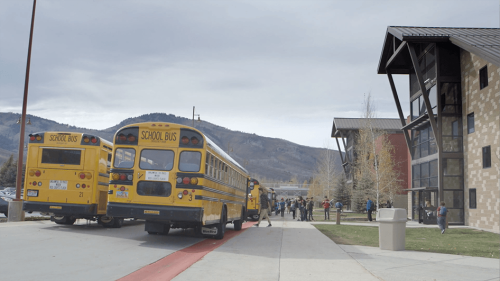 In 2015, I traveled across Utah to interview students, parents, teachers, and administrators about the effects of the no promo homo law, as it was known. They described how the law discouraged school personnel from intervening to stop bullying and harassment, deterred teachers from providing basic information, and limited students’ ability to form and organize LGBT groups. Their stories, which are recounted in Human Rights Watch’s recent video about no promo homo laws and report on LGBT issues in US schools, powerfully underscore why repealing these restrictions and providing accurate information about LGBT issues is vital.
The legislative action was in response to a lawsuit brought last fall by the organization Equality Utah and three students against the state board of education and individual school districts, alleging the law was discriminatory and restricted free speech. In February, lawmakers introduced a bill to repeal the no promo homo provision, contending that legislators should address these problems rather than waiting for the courts to resolve them.

Support for the measure was broad: Utah’s House voted 68-1 and the Senate voted 27-1 in favor of repeal, and the governor signed it. Prominent conservative figures also supported the repeal, noting that the revised law continues to promote abstinence outside of marriage in sex education classes.

Utah has recognized that no promo homo laws are discriminatory and harmful, and demonstrated that their repeal is possible. For the sake of their LGBT youth, lawmakers in states with similar restrictions – Alabama, Arizona, Louisiana, Mississippi, Oklahoma, South Carolina, and Texas – should now follow suit.