“Their Faces Were Covered”

Greece’s Use of Migrants as Police Auxiliaries in Pushbacks

The 29-page report “‘Their Faces Were Covered’: Greece’s Use of Migrants as Police Auxiliaries in Pushbacks,” found that Greek police are detaining asylum seekers at the Greece-Turkey land border at the Evros River, in many cases stripping them of most of their clothing and stealing their money, phones, and other possessions. They then turn the migrants over to masked men, who force them onto small boats, take them to the middle of the Evros River, and force them into the frigid water, making them wade to the riverbank on the Turkish side. None are apparently being properly registered in Greece or allowed to lodge asylum claims. 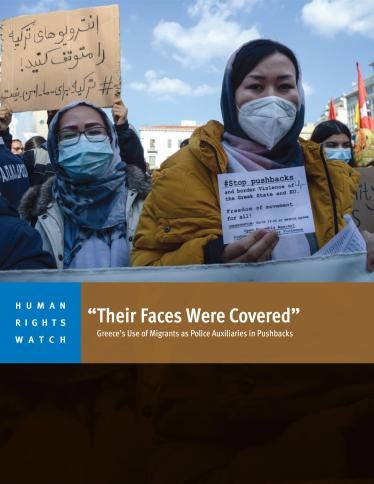