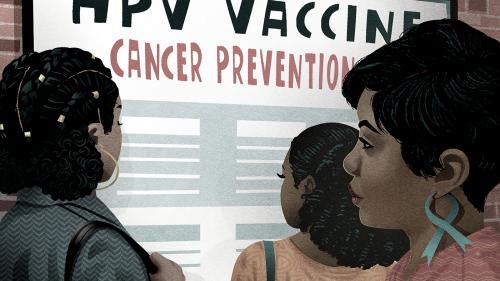 (Atlanta) – The United States federal and many state and local governments are not doing enough to end cervical cancer deaths, the Southern Rural Black Women’s Initiative for Economic and Social Justice (SRBWI) and Human Rights Watch said in a report today issued during cervical cancer awareness month and focused on the state of Georgia. In 2021, an estimated 4,290 women in the United States died from cervical cancer, including disproportionately high numbers of Black women. Human Rights Watch first reported on the issue three years ago, with a focus on Alabama.

The 82-page report, “’We Need Access’: Ending Preventable Deaths from Cervical Cancer in Rural Georgia” documents how state and federal policies neglect the reproductive healthcare needs of rural Black women. Cervical cancer is highly preventable and treatable. In 2020, 194 countries committed to ending cervical cancer globally, the first such commitment made for a cancer. While cervical cancer mortality rates have declined in Georgia over recent decades, they are still high and racial disparities persist.

These disparities are consistent with overall health disparities resulting from structural racism, discrimination, and exclusion from the healthcare system. Black people in Georgia are more likely to live in poverty, less likely to have health insurance or adequate access to health care, and face higher rates of chronic health conditions and poor health outcomes. But studies have found that even when Black women with cervical cancer have the same household median income as white women, they are still at higher risk of death from the disease.

“Our interviews revealed the extent to which Black women have experienced the worst kind of neglect and abuse at the hands of some physicians who are less compassionate and fail to treat all patients equitably,” said Olivia Coley, a community-based researcher and human rights commissioner for SRBWI. “Discrimination within the medical system has resulted in internalized trauma and decades of generational mistrust and fear.”

The Georgia state government has not expanded Medicaid through the US Affordable Care Act (ACA) to extend healthcare coverage to more low-income people, for which the state is losing $3 billion in federal funding each year. Over 255,000 people in Georgia have no options for affordable healthcare coverage. Instead, there is a patchwork of publicly funded programs, including for gynecological care.

The vast majority of cervical cancer cases derive from the human papillomavirus (HPV), for which there is an effective vaccine. Simple screenings, including HPV and Pap tests, detect early changes in cervical cells that indicate cervical cancer risk. With timely follow-up, precancerous lesions can easily be monitored or removed. Cervical cancer caught and treated early enough has a 93 percent five-year survival rate, but the rate drops dramatically the later the cancer is diagnosed.

“I do realize that there are a lot of resources out there, but we are not as informed as we should be,” said a 30-year-old woman from Baker County. “I don't know if it's because people are hiding this information, but [there are] some programs that are designed to cater to our needs, but we don't know about them.”

The Georgia Breast and Cervical Cancer Program (BCCP), the only public program that provides no-cost colposcopies and diagnostic testing for uninsured and underinsured women in Georgia, fills a critical gap in connecting low-income women to comprehensive cervical cancer care. But inadequate funding and a nursing shortage significantly limit the program’s ability to recruit and serve eligible women. The program is only able to employ eight patient navigators to support women, despite the instrumental role they play in connecting marginalized women to timely and comprehensive cervical cancer care. Patient navigators operate only in 7 of 18 public health districts, leaving women in the other 11 without access to an important resource for comprehensive cancer care.

The Georgia state and US federal governments should eliminate barriers contributing to preventable cervical cancer deaths and ensure affordable, accessible, and equitable reproductive health care and information for all women in Georgia, the groups said. The state should expand Medicaid coverage. The federal government should fulfill its recent commitment to fund health programs that address health inequities rooted in racism.

“Expanding Medicaid is not only critical in removing barriers to care,” Coley said. “But it also will help replace the hyperpartisan rhetoric around issues of healthcare access with a moral signal that the government is prepared to correct past wrongs by improving physical and psychological health for people who have been systemically left out.”