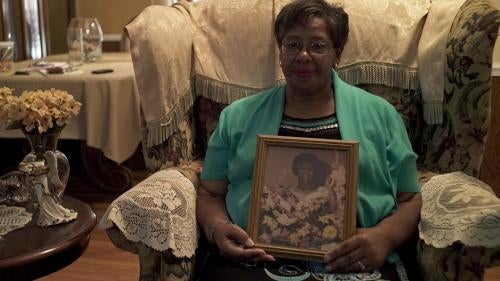 Today, California Congressman Jimmy Gomez and Washington Senator Patty Murray will introduce the Jeanette Acosta Invest in Women’s Health Act of 2019. Named after Jeannette Acosta, a former congressional employee who passed away after treatment for cervical cancer in 2017, the bill would create new grants to provide increased access to preventative and life-saving screenings for cancers that most frequently affect women. The bill also focuses on reducing health disparities which put low-income women and women of color at a higher risk of cancer mortality.

In February 2018, my colleague spoke with Kira D., a 71-year-old woman living in Greene County, Alabama, who explained the financial constraints she faced trying to get routine cervical cancer screenings. After years of not receiving screenings, Kira was diagnosed with stage II endometrial cancer – a condition that might have been detected earlier had she been able to afford regular screenings, pap smears, and other preventative health care. But for Kira, her water, electricity, and transportation bills had to come first.

Screenings for cancer save women’s lives. Cervical cancer is a highly treatable disease, yet approximately 4,200 women die from it in the US each year, with disproportionate impacts on low-income women and women of color. With early detection and timely follow-up treatment, cervical cancer is often successfully treated. The 5-year survival rate is 93 percent when it is diagnosed in its early stages.

But to detect and treat cervical cancer in its early stages, women must have access to routine screenings, diagnostic services, and timely follow-up treatment. When a woman dies of cervical cancer, it often means she was failed by the healthcare system at one of those points. In a 2018 report on racial disparities in cervical cancer deaths in rural Alabama, Human Rights Watch found that for many women of color, access to preventative screenings and follow-up care remained out of reach.

Poverty, lack of insurance, and inconsistent access to health care should not mean women like Kira face higher risks of late stage diagnosis and cancer mortality. By expanding access to diagnostic services and screenings for cancer for low-income women and women of color, the government can take an important step to make sure women are not dying from a preventable and treatable disease.