Donate Now
A law in the US state of Illinois that forces people under 18 to involve an adult family member in their abortion decision is failing some of the state’s young people and violating their human rights. In a new joint report with the American Civil Liberties Union of Illinois, Human Rights Watch found that the law forced many young people to either navigate an unfamiliar and distressing legal process or notify unsupportive or even abusive adults about their abortion decision, opening the young people up to serious harms and delays in accessing health care. Senior researcher Margaret Wurth spoke to Philippa Stewart about why this law should be repealed.

What is this report about?

Illinois is one of 37 US states that have laws requiring an adult family member to be involved when someone younger than 18 needs abortion care. In Illinois, an “adult family member” must be notified 48 hours before a young person can have an abortion, and this adult can only be a parent, grandparent, step-parent who lives in the home, or other legal guardian.

Is this law even needed?

Most young people already involve a trusted adult in their abortion care regardless of what the law says. So what this particular law does is just make it harder for the small number who can’t do that. Laws like this are deeply harmful. Young people are often forced to delay their care and jump through additional, highly stressful, hurdles. This can have really harmful effects on their safety and well-being.

Isn’t it fairly standard when you're under 18 to need a parent or guardian involved in your medical care? 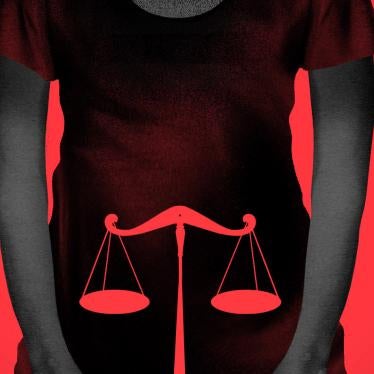 What's interesting is that Illinois state law recognizes that care related to pregnancy and sexual health is different from other forms of healthcare, and we want to make this care accessible to people of any age. In Illinois if you're under 18 you can access contraception or STI testing, you can choose to continue a pregnancy, you can get prenatal care, you can make decisions about labor and delivery, you can give consent to have a cesarean section, and you can make the decision to place a child for adoption – all without any requirement to involve a parent or adult family member. Abortion is actually the only type of pregnancy-related health care that's treated differently under Illinois law.

Why don’t some young people want to involve an adult in their decisions?

The reasons some young people can't involve one of the adult family members required by the law are often really serious. They have fears about being forced to continue a pregnancy against their wishes, potentially facing physical or emotional abuse, or being kicked out of their home.

And keep in mind there is often a difference between involving a supportive adult and an adult who qualifies under the law. In a lot of the cases we documented, young people had help from older siblings, aunts and uncles, the school nurse or counselor, the parents of a friend or their partner. These are young people who understand their lives and they know who it's safe to go to when they need help. They turned to a whole range of very trusted people who could provide the safe support that they needed in this situation.

You spoke to a lot of people for this report, do any of their stories really stay with you?

So many. We open the report with the story of a young person who knew, absolutely knew, she would be kicked out of her home if she disclosed the pregnancy and wish to have an abortion to her parent. She had carefully considered all the options and knew that she wasn't going to have a safe place to live if she notified a parent. This law pushes young people into situations where they have to choose between alienation from their families, potential homelessness, potentially being forced to continue an unwanted pregnancy, or seeking a judicial bypass.

It basically entails going before a judge and demonstrating that either 1) you are sufficiently mature and well enough informed to have an abortion without involving a parent, or 2) that involving a parent in your decision is not in your best interests.

The hearings can involve a lot of intrusive questioning about how the pregnancy happened, what abortion entails, what the side effects or risks could be, what birth control methods will be used. I mean, imagine someone of any age going before a judge and talking about your sex life or your birth control decisions and your understanding of abortion care, let alone someone who is young and facing all the stigma that exists around young people having sex. How distressing that must be. Even the most compassionate and caring judge is going to be someone much older and in a position of power, and their decision could alter the course of the young person’s whole life.

Is there any help for people trying to navigate this system?

The ACLU of Illinois was our partner in this report, and it was a great collaboration. Since the law went into effect in 2013, they've offered information and free legal support to any young person who wants to pursue the judicial bypass process in Illinois. They have a hotline where people can learn more about the process, and they connect young people to pro bono attorneys.

Even with this support, are some people unable to access abortion because of the law?

There is an unknown number of young people that never make it to court because they can't face the process, or never know it is even an option for them. We don't know if that means they involved a parent and it went okay, whether they went and talked to a parent who prevented them from having an abortion or hurt them or kicked them out of the home, or if they might have turned to a potentially unsafe abortion method, putting themselves at risk.

We will never be able to measure fully how many young people suffered harmful consequences because of this law.

Are there consequences other than what you already mentioned?

I was really surprised when social workers told me that they had observed parents or other qualifying adults who clearly didn't support the young person at all. One social worker said she'd seen parents refuse to pay the extra cost to let a doctor provide sedation for a young person getting a procedural abortion. One saw a parent leave the young person at the clinic, refusing to give them a ride home even though they would be groggy and need support after their procedure.

The bypass process on average adds about a week to a young person’s abortion-seeking timeline. That might not sound like much, but it can mean the difference between having the chance to do a medication abortion or not, or having to attend multiple appointments over consecutive days to complete the abortion procedure. Even though abortion is much safer than continuing a pregnancy or childbirth, there can be additional risks as you get farther along

Other states have similar laws, so why are we looking at Illinois?

Illinois is one of the few states in the middle of the country where abortion is relatively accessible. If Illinois repeals their parental notification law, it will close one big gap that remains in safeguarding reproductive rights for everyone in that state.

Young people in other states face many additional barriers in accessing abortion care. Many states have mandatory waiting periods or force people to have multiple appointments for counseling. Thankfully, Illinois doesn't make people jump through all these hoops but it does have this forced parental involvement law.

What needs to happen now?

Human Rights Watch is committed to working with organizations in other states to repeal these laws. Last year, Florida went backwards when it changed its parental notification law to a consent law. It's part of a troubling pattern of erecting barriers to abortion care in states that are hostile to abortion rights.

After we get Illinois to repeal this law, we're going to look at those other 36 states and see what we can do to protect young people in them who need reproductive health care.