Before the 116th US Congress adjourns for the year, it has a chance to do something historic: vote on House Resolution (H.R.) 40, a bill that would establish an expert commission to investigate the legacy of slavery and its ongoing harm, and come up with proposals for reparations.

H.R. 40 was first introduced more than 30 years ago, but has languished ever since, never gaining traction as systemic racism became ever more entrenched in the United States. But this year, as the deadly Covid-19 virus took a disproportionate toll on communities of color and millions of people took to the streets in the wake of the killing of George Floyd to demand an end to structural racism, H.R. 40 gained unprecedented momentum. 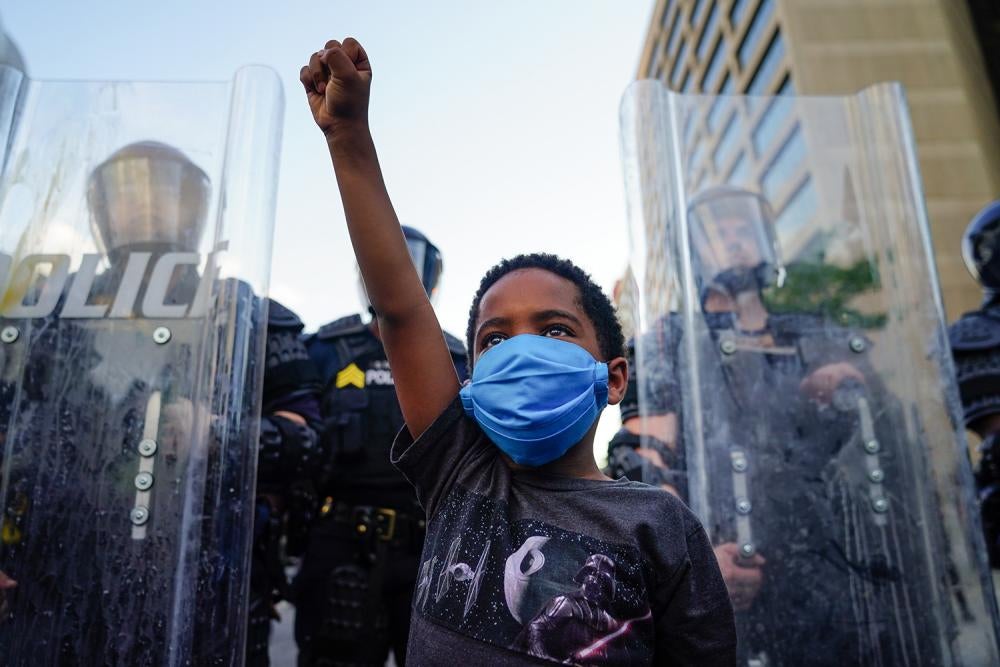 Voters made clear that racial justice needs to be a priority for the next Administration. The US Congress now has an opportunity to make history. Justice can't wait. Tell Congress to pass H.R. 40 now.

Congresswoman Sheila Jackson Lee, the bill’s lead sponsor, backed by a coalition of groups including the ACLU, Color of Change, Human Rights Watch, the NAACP, National African American Reparations Commission, and the National Coalition of Blacks for Reparations in America, mobilized support among legislators. Japanese American internment camp survivors, including former US secretary of Transportation Norman Mineta and actor George Takei, voiced their support. The US Conference of Mayors, the Players Coalition, Ben & Jerry’s Ice Cream, and over 290 organizations, faith groups, and small businesses came out in support of it. Recent polling shows that the majority of people in the US support studying the need for reparations.

To date, 165 representatives have signed on as co-sponsors of HR 40, many more than in years prior. Its Senate companion, S. 1083, the first reparations bill to be introduced in the Senate since Reconstruction, has 20 co-sponsors.

Congress should seize this moment. The House should bring H.R. 40 to the floor, where it would almost certainly pass. Even if the bill gets held up in the Senate in this Congress, passage in the House will help ensure that the next Congress and the administration of President-elect Joe Biden will make it a priority in their first 100 days.

Already, states and local jurisdictions are taking matters into their own hands. The city council in Asheville, North Carolina approved reparations for its African American residents and apologized for its history of slavery. Evanston, Illinois went even further, not only approving reparations, but setting aside tax revenue from newly legalized marijuana sales to pay for them. Burlington, Vermont established a commission to study reparations. The mayor of Providence, Rhode Island, signed an executive order to study slavery and reparations. And the governor of California signed into law in October a bill establishing the state’s own H.R. 40-style commission.

Congress should not remain stagnant on the issue of repair while states and city councils pass their own reparations measures. Lawmakers have until December 10 to act (the House’s final day of voting this session). We can make it happen. Justice Can’t Wait.