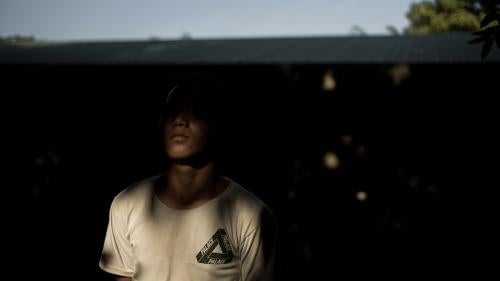 When the administration of President Rodrigo Duterte launched its anti-drug campaign in mid-2016, little if any thought was given to the families left behind by the violence. From the outset, Duterte had thoroughly demonised alleged drug users, calling them “zombies” who needed to be eliminated. The families of the victims of the “Drug War” were written off as “collateral damage.” The result is a generation of Filipino children who will be forever scarred by the violence.

We spoke with three of these children, whose lives have been upended by the killing of their parents or guardians in Duterte’s murderous “war on drugs.” There’s the girl who was only 12 in December 2016 when the police shot her father dead in Metro Manila, five months after the “Drug War” began. The police came, she said, and started questioning her father about illegal drugs. While her father pleaded with the police officer who had a gun to his head, she tried to shield him with her small body.

The police pulled her from her father and heaved her through the door to the alleyway outside. Seconds later, shots rang out. She found her father lying on the floor, face-up, bloodied, dead. The police said he had a gun, which she told me was a lie. When I interviewed her in February 2019, she was still shaken by what had happened. She had been forced to stop going to school because other children bullied her for being part of a drug family, and she developed an eating disorder.

Gunmen in Metro Manila also killed a 15-year-old boy’s father in December 2016. His family was at a wake for an aunt who had been shot three days earlier when unidentified gunmen arrived and started shooting, peppering their father with bullets, killing him on the spot. The boy’s 13-year-old brother was also wounded. His sister, 10, cowered in fear near their aunt’s casket. The older son wasn’t hit but remains emotionally and psychologically wounded. He has taken up the mantle of head of the family, living from hand to mouth on the streets with his brother and sister.

We spoke with another girl about the police killing of her father in July 2017, at their home in General Santos City in the southern Philippines. She vehemently disputes the claim that he “fought back,” a common police assertion during raids that witnesses typically debunk. The death of her father, who worked at a tuna canning factory, drove the family deeper into poverty. The girl we interviewed, then 12, had to quit school to help her mother earn money as a laundrywoman. Then with a plastic tub of boiled peanuts perched on her head, she would roam the streets of General Santos, selling peanuts door to door, often until late in the evening.

The police have also killed more than 100 children since mid-2016. Some were police targets and others were inadvertently shot during drug raids. Overall, police killed more than 5,600 people during anti-drug operations between 2016 and January 2020, while many thousands more have been murdered by police-backed gunmen. The murder of 17-year-old Kian delos Santos in August 2017 – which was captured on CCTV - resulted in the criminal conviction of three police officers. But it is the only such conviction to have occurred thus far, underscoring the police’s almost absolute impunity.

As the accounts of these children show, the devastating impact of the “Drug War” does not end with the killing of alleged drug users. These killings have forced many Filipino children to stop going to school, start working, live on the streets, and suffer the debilitating emotional, psychological, and economic effects of the violence. There has been no compensation for victims’ families and there are no specific programs to address these children’s needs. A former senior official told me that Duterte’s cabinet never once discussed helping the children orphaned or affected by the violent campaign.

This month, when governments at the United Nations Human Rights Council in Geneva consider what to do about the Philippines, they should keep in mind the tragic situation of these children.

Filipinos cannot expect justice from the perpetrators of this slow-rolling massacre in the name of an anti-drug campaign. The UN’s top human rights body should send a strong rebuke to the Duterte administration and set up an independent international investigation into the “Drug War” killings. That way, it can help prevent the suffering of more children.