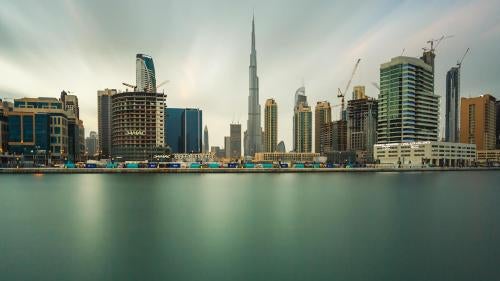 (Beirut) – The United Arab Emirates is hosting its second World Tolerance Summit as several activists are serving lengthy prison sentences following unfair trials, Human Rights Watch said today. The two-day conference on November 13 and 14, 2019 in Dubai under the patronage of Sheikh Mohammed bin Rashid Al Maktoum, the UAE prime minister and the Dubai ruler, is part of UAE efforts to present itself as the “global capital of tolerance.”

UAE authorities have carried out a sustained assault on freedom of expression and association since 2011. They have employed vaguely worded and loosely interpreted provisions in the country’s penal code and other laws to imprison peaceful critics, political dissidents, and human rights activists. They include Ahmed Mansoor, an award winning human rights activist and member of the Human Rights Watch Middle East and North Africa Advisory Committee; Mohammed al Roken, a university professor and human rights lawyer; and Nasser bin Ghaith, a prominent academic.

“Despite its assertions about tolerance, the UAE government has demonstrated no real interest in improving its human rights record,” said Sarah Leah Whitson, Middle East director at Human Rights Watch. “To truly prove itself tolerant, the UAE should start by releasing all those unjustly imprisoned for not toeing the official line.”

The UAE detained Mansoor in 2017 on speech-related charges that included using social media to “publish false information that harms national unity.” The authorities held him in a secret location for more than a year with no access to a lawyer, then sentenced him in May 2018 to 10 years in prison. On December 31, 2018, the UAE’s Federal Supreme Court upheld Mansoor’s sentence. In March 2019, Mansoor began a month-long hunger strike to protest his unjust conviction and awful prison conditions.

Bin-Ghaith is serving 10 years on charges stemming from criticism of the UAE and of Egyptian authorities. Following his arrest in August 2015, UAE security forces held him incommunicado for nine months. Bin-Ghaith, who is in poor health and has been denied adequate medical care in al-Razeen prison, initiated a months-long hunger strike in November 2018, his third reported hunger strike since April 2017.

Al-Roken is the former president of the United Arab Emirates Jurists’ Association. The authorities arrested him in July 2012 as he was driving to a Dubai police station to inquire about the arrests of his son and son-in-law. In July 2013, the Federal Supreme Court of Abu Dhabi convicted him alongside 68 other people in the grossly unfair “UAE 94” trial for attempting to overthrow the government and sentenced him to 10 years in prison. Al-Roken was one of at least 64 detainees held at undisclosed locations for periods of up to one year before the trial and was denied legal assistance until a few weeks before the trial began in March 2013. He is in a high security prison in Abu Dhabi.

Prior to their convictions, the government repeatedly harassed and arrested all three men for their work and their criticism of the UAE’s human rights record.

“The UAE cannot credibly promote itself as a tolerant state while men like Ahmed Mansoor, Nasser bin-Ghaith, and Mohammed al-Roken, who risked their freedom to make the UAE a better and more just place, languish behind bars,” Whitson said.